Boris Wants Government To Spend On Rail, Houses And Airport 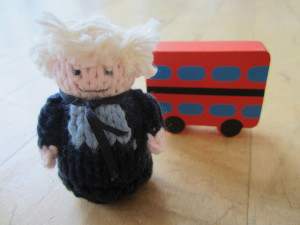 Talking to the Evening Standard, Boris used his usual gift for snagging a headline to demand the government stop "pussy footing around" on their airport strategy, saying he believes Chancellor George Osborne is "very much up for" a new airport and blaming Prime Minister David Cameron for delays. Which is quite convenient, since in the same interview Boris doesn't deny that he might seek a return to Parliament after his mayoral tenure ends in 2016. This is presumably just early jostling for position.

(However, we're having difficulty believing this, reported in both the Independent and Guardian:

Johnson revealed that when Cameron grabbed him in a hug during an Olympics photo opportunity, he whispered one word into the prime minister's ear: "Airport."

Sounds a bit Sicilian to us. Will Dave go to bed one night and find a model airport on his pillow? One of Londonist's other writers also suggested a slight sexual connotation to the above quote which, alongside Olympic closing ceremony scenes of Boris and Dave dancing to the Spice Girls, might just have scarred us for life.)

Boris also wants to boost London's economy through more traditional right wing methods like cutting taxes and red tape. The government has promised to underwrite £40bn of investment in infrastructure and we hope Boris finds time to whisper things like "Crossrail 2" in the PM's ear at future meetings.