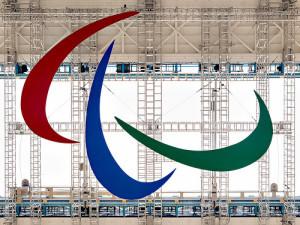 Paralympic sponsor Atos is at the centre of another row over the involvement of corporate backers. Disability rights activists, along with UK Uncut, have said they will stage a protest on Friday 31 August at the company's headquarters.

The IT firm holds a £100m contract with the government to carry out 'fit to work' tests on claimants of incapacity benefit after prime minister David Cameron announced his plans to overhaul the system.

To say that Atos have experienced a troubled tenure is something of an understatement. Their tests have been widely criticised and described as a failure of the sick. Atos themselves hit back at disability rights campaigners with a threat of legal action over online criticism and an investigation by the Observer found 12 doctors working for the company to be under investigation.

Meanwhile, blogs such as Diary of a Benefit Scrounger diarise in depressing detail the Kafka-esque nightmare of being disabled and claiming benefits, while calling for a silent protest as Cameron takes his seat at the Paralympics. As with the hoo ha over Dow Chemical's sponsorship of the Olympics, the London Organising Committee of the Olympic and Paralympic Games (LOCOG) are standing firm on their decision to involve Atos. Former Paralympic gold medallist Tara Flood said:

"It is a shocking irony that Atos is a main sponsor of London 2012 whilst destroying disabled people's lives on behalf of the government."

The government clampdown on incapacity benefit has been cited as the cause of increasing discrimination and stigmatisation of the disabled — a Scope survey found nearly half (46%) of its respondents had experienced worsening attitudes towards them while 83% said news coverage about benefits scroungers can negatively affect attitudes. Full Fact reported last year on media reporting of disability benefit claimants highlighting research which concluded:

"Much of the coverage in the tabloid press is at best questionable and some of it is deeply offensive. … These [disability fraud] claims are made overwhelmingly without evidence and at no point are the media reporting the very low levels of fraud that occurs overall in relation to these benefits. We would further cite the use of pejorative language, the failure to explore the impact of the proposed cuts on disabled people’s quality of life, the reluctance to criticise government policy on these issues and the frequent representation of some disabled people as undeserving of benefits as potentially contributing to what could become a highly inflammatory situation."

The charity also said that the Paralympics present a 'once in a lifetime opportunity' to change people's perception of disability. Getting there could be something of an issue though, despite TfL's new guidelines for bus drivers, a recent account of a wheelchair user attempting to get to the Olympic Park demonstrated that accessible travel isn't quite all it's cracked up to be.