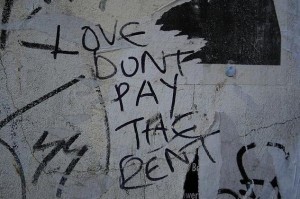 Housing minister Grant Shapps has backed a new report which says that social housing in expensive areas should be sold off and tenants moved to cheaper areas.

The report, by think tank Policy Exchange, outlines the need for more social housing but more importantly, how to identify 'expensive' social housing, even providing helpful pictures of what London's expensive social housing looks like.

The capital, it will come as a surprise to no-one, has the highest percentage of social housing (30.9%) and the highest median property price (£390,000 for a four-bedroom property). The think tank definition of expensive social housing is a property which is worth more than the median for the area, so a house worth £400,000 in, say, Islington, should be sold. Policy Exchange director Neil O'Brien said:

"The truth is I don't believe anybody has the right to live in the most expensive parts of town. People do have a right to get housed, just not in the very most expensive areas."

"Social housing tenants deserve a roof over their heads – but not one better than most people can afford."

Leaving aside the vaguely Socialist implication that they're just trying to make everyone equal and since pretty much all of London is expensive, we're not sure where all these tenants should be housed. Maybe in a great big estate for poor people somewhere just outside Greater London so they can still commute in and do their jobs before clearing off again at 5pm while avoiding being a drain on resources. Social tenants in expensive housing seems to be one of those things that get the Tories in a tizzy — certain right-wing media love nothing better than to report a family on benefits living in a 'mansion' in Chelsea (with added indignant frothing if the family happen to be immigrants).

The rationale behind the report is that all that lovely folding stuff raised from flogging off social housing will be used to build more homes in cheaper areas — a proposal which has been called 'gerrymandering' and a 'ghetto housing policy'. And again, where are these cheaper areas? Hackney and Islington were once considered cheap so what happens in a few years time when the cheaper areas become expensive?

The Guardian's Jules Birch highlights the muddying of the differences between ‘affordable’ and ‘social’ renting — the former being market-dictated rent and the latter being what tenants can afford — and how the affordable is masking a decline in the social. London's private rents recently reached record highs, as people unable to afford to buy are pushed into the rental sector.

Benefit caps mean that councils say they can no longer afford to house tenants in certain areas — Newham was accused of 'social cleansing' by shuffling its needier tenants out of the borough. Despite London mayor Boris Johnson's pre-election claim that he would stamp out such practices while building acres of affordable housing, he opposed Islington's plan to reject affordable housing in favour of social rents. He's also been elusive (as far as we can ascertain) on questions raised by London Assembly Member Nicky Gavron about social rents.

The only thing that's 'blindingly obvious' (to coin Shapps' phrase) is that adopting the Policy Exchange's proposals is a fast track to social cleansing and a further reduction of housing stock for low-income households, not to mention perpetuating the continual demonisation of the poor. Shadow housing minister Jack Dromey said:

"Councils and housing associations should make effective use of their housing stock but the government should not force them to arbitrarily sell off social homes, breaking up mixed communities and driving out hard-working families on low wages from whole neighbourhoods."