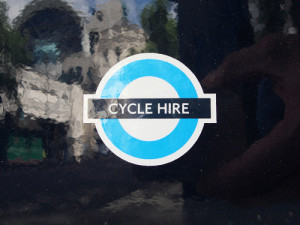 Transport for London (TfL) has said that it doesn't yet know when the Barclays Cycle Hire scheme will be in a position to fund itself, the MayorWatch blog reported today.

The total cost of the scheme is a closely guarded secret in City Hall. Earlier in the year MayorWatch highlighted that far from Barclays footing the entire bill, in fact Tower Hamlets council had been asked to extract £2m from its coffers to help meet the cost of the eastward expansion. Shepherd's Bush blog pointed out that Wandsworth council had met with a similar demand.

TfL came under fire in June following the Barclays Libor scandal over the scheme's reliance on a single sponsor and the ethical implications of sponsors' actions. The amount of publicity the scheme has generated, both for the bank and for the mayor himself has also been criticised — Dave Hill in the Guardian questioned the cost versus its usefulness while Boris Johnson rarely misses an opportunity to be photographed astride one of the turquoise terrors.

The mayor has never made a secret of the fact that he will increase fares to pay for infrastructure improvements but following the recent rail fare rises putting up fares further to fund a scheme which serves a relatively small number of people won't sit well with London's already-squeezed tube users.

Photo by walk away from louisville in the Londonist Flickr pool.