Continuing our series of ambles around Greater London. This week, we head to the extreme west of London and follow the Grand Junction Canal.

Much of this walk follows the London LOOP, the Outer London pathway that circles the capital. Our stretch is a watery affair, tracking the Grand Junction Canal, and perhaps popping in to one or two of the canalside pubs. But first, Uxbridge station. It's a curious concoction, mixing a heavy concrete ticket hall with delicate stained glass. 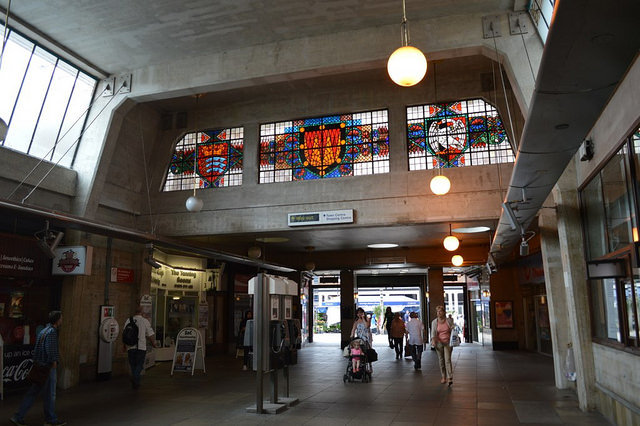 Charles Holden was the lead architect (with LH Bucknell). If you've ever visited Cockfosters station, you'll see similarities. Once outside, look for the gold-painted post box, marking the achievements of Paralympic equestrian champion Natasha Baker.

The streets west of Uxbridge are lined with an unmemorable mix of corporate headquarters and commercial warehousing. We soon reach the canal. Actually, we may have been walking over it for some time, as this tantalising bit of street scrawl suggests:


The start of the canal walk proper is heralded by a pub, the Swan & Bottle. It's perhaps too soon to be stopping for a drink, but the place does have a tempting beer garden.

We're heading north, now, along the Grand Junction Canal. The waterway was created between 1793 and 1801. If you have tireless legs (or a boat) you can follow it all the way to Braunston near Rugby. Our stretch is particularly pleasant, dancing around several other water courses such as the Fray's River and the River Colne, plus a bewildering network of smaller channels and voluminous reservoirs. You're going to see a lot of ducks, basically. 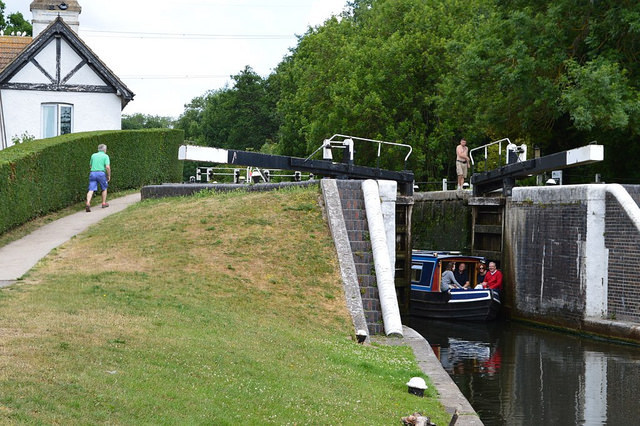 Once you've finished gawping, head round the back of that white timber-frame building and you'll find the wonderful Fran's tea gardens, which also doubles as a second-hand bookshop. Splendid place. 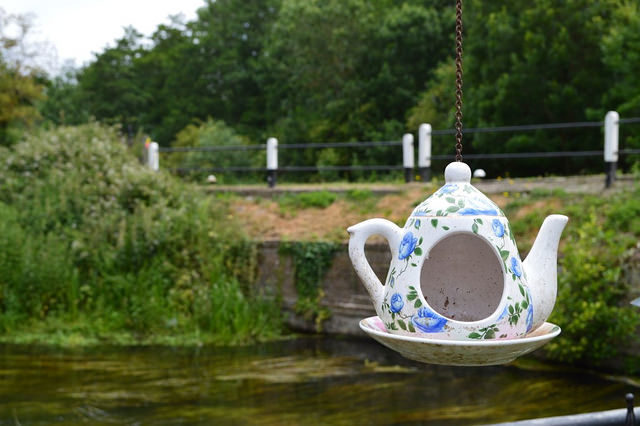 Onward the towpath stretches, overshadowed by elder, oak and a surprising population of Christmas trees (some still with baubles) presumably planted by narrowboat owners. At one point a banner decorates the far bank, protesting against the HS2 rail link, which would pass over the canal on a viaduct.

And then we reach our first pub. The Bear on the Barge possesses what must be a contender for the capital's largest beer garden. Just look at the blighter: 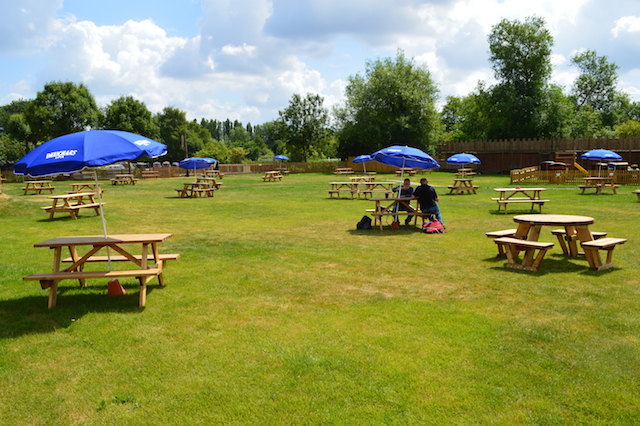 (It's so empty because we arrived at 11.15am — too early for most.) It also has some quirky design features (sit on a pommel horse, for example), a range of real ales and a handsome-looking dining room. Good place.

The final stretch offers views across some of the larger reservoirs. We spotted many a heron and swan, plus the occasional parakeet. The place to turn off is this delightful bridge at the next lock: 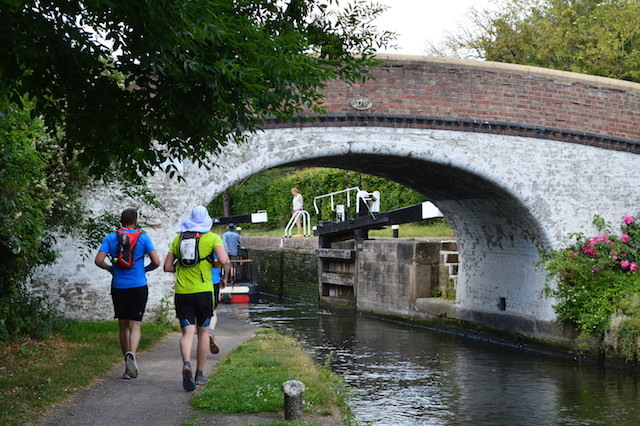 A narrow road follows the Hillingdon Trail uphill to the village of Harefield. We're heading for one of London's most westerly — and most remarkable — pubs. The Old Orchard shines in many ways. We were much taken by the choice of ales, with eight small-brewery options on draught. The food, too, was top draw. But the real charm of the pub is its incredible view. This, remember is a London pub: 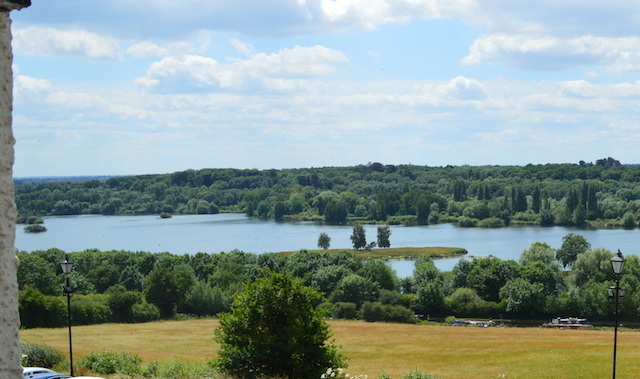 Our very own Lake District. Not a building in sight. You will, however, spot plenty of light aircraft banking over the reservoirs to land at Denham Aerodrome. One could easily spend the entire day in this wonderful location. If you're after some more walking, we'd recommend carrying on along the towpath to Rickmansworth, perhaps another three miles, where every canal and river in the known universe comes together. Otherwise, walk into the centre of Harefield where you can pick up a 331 bus to Ruislip, Uxbridge or Northwood, or a U9 to Uxbridge.