Continuing our series of ambles around Greater London. This week, an urban walk following the Lines of Communication — a series of fortifications built to protect London during the English Civil War.

In 1643, the order was given to construct a vast wall around London. The city needed protection from the Royalist army of Charles I. The Civil War fortifications were the greatest work of London infrastructure of that century. Up to 20,000 volunteers spent two months heaping up earth and building forts. The resulting defences completely engirdled the city. Yet just a decade later, the various forts, ditches and banks had been erased.

We're going to follow the route around north London, as marked in red on this model. 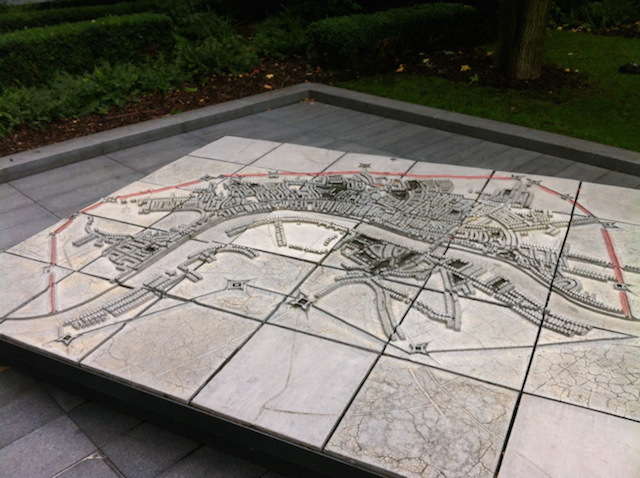 The model, which until recently stood in Spitalfields, is based on a 1738 plan by George Vertue, which lets us retrace the route of the fortifications.

You're going to need your imagination for this walk. Unlike the Roman wall in the Square Mile, no visible fragments of the fortifications remain. However, we will see tell-tale hints during our progress. Watch out for changes of gradient — forts were often erected on higher ground.

The map below shows a suggested walking route, with possible fort locations marked in red pins (some are speculative, and historians differ in their placements).

Start in Waterside Gardens beside Wapping High Street, looking out onto the Thames. Some historians have suggested that a great chain or boom was extended across the river at this point, to prevent enemy shipping reaching the city.

Head north along Reardon Path. The route of the eastern section of fortifications appears to be well preserved in the alignment of streets. You'll have to shimmy around the pirate ships of Tobacco Dock, though, which comes complete with its own impressive fortifications. 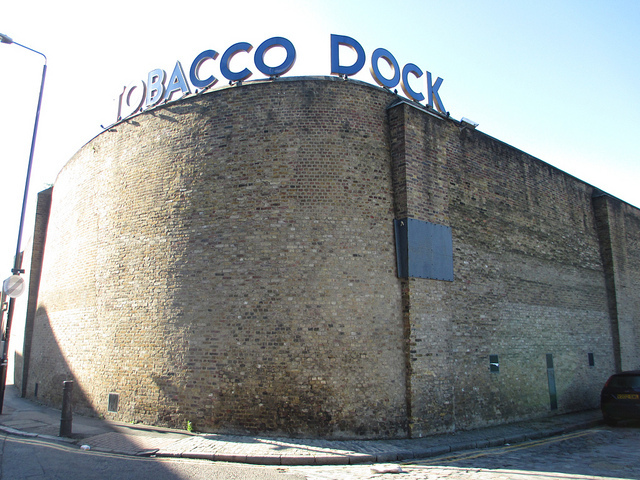 After crossing The Highway, you'll find yourself on the arrow-straight Cannon Street Road. The street was built long after the fortifications had been removed, but it's a close fit for the route. At the northern end, we find our first real echo of the defences. The name of Mount Terrace, shown below, remembers a large mound that once stood on the site — the location of one of the Civil War forts. 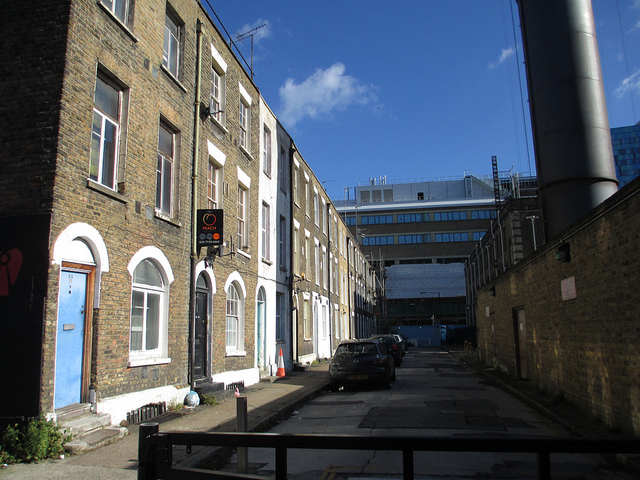 After crossing Whitechapel Road, the route turns north-west. The modern street plan does not allow us to follow the exact path of the defences, so wiggle your way however you like until you reach Arnold Circus (below). This man-made hillock is not 17th century, but was created in Victorian times from the rubble of slum clearance. Nevertheless, it coincidentally stands on the route of the fortifications, and a fort was nearby, where Shoreditch High Street meets Old Street. 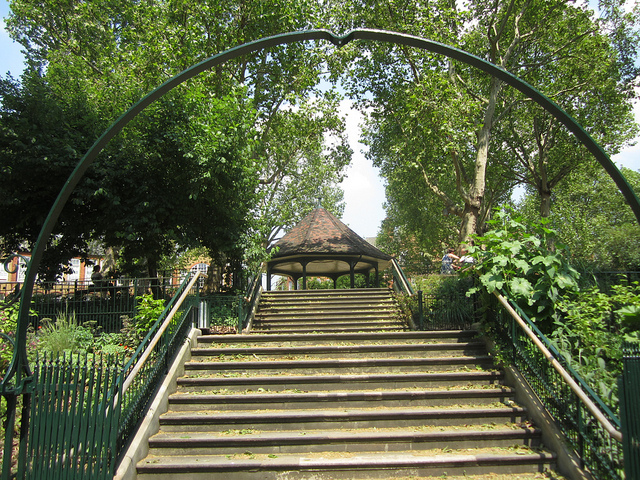 Head due east now, picking your way through the largely residential back streets of Hoxton and Finsbury. Our next area of interest is on Seward Street near Goswell Road. Just before the Old Ivy House pub is a small road called Mount Mills. This area of high ground once supported a windmill, and is believed to be the location of another Civil War fort.

Follow Percival Street and Skinner Lane until you reach Spa Fields Park — formerly one of London's most notorious burial grounds, but now a pleasant park. The fortifications passed through this area. Some writers think that this was also the branch point for a covered walkway, which led along the line of Amwell Street to the Fort Royal in what is now Claremont Square. As this Google Street View image shows, the mound in that square looks like a survivor from the Civil War defences. Alas, it is a more recent structure — a reservoir — and another coincidental mound. 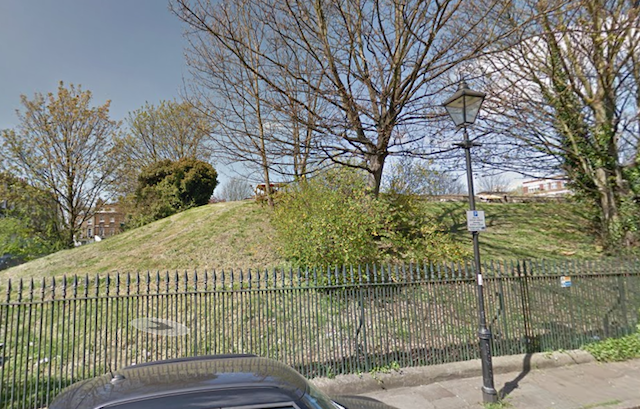 Return to Spa Fields and head west until you come to Mount Pleasant sorting office. Another battery, known after a local ale house as Pindar of Wakefield's Fort, stood somewhere in this area, and it's fairly safe to assume it would have been somewhere on the high ground where the vast sorting office stands today.

Carry on west through Bloomsbury. The fortifications took a route parallel to Great Ormond Street. Our next location of some certainty is Bloomsbury Square. The Vertue map describes two batteries and a breastwork 'at Southampton, now Bedford House'. These would have sat just north of Bloomsbury Square. Some have suggested that the John Rocque map of 1746 shows possible remnants of these breastworks, behind Bedford House. 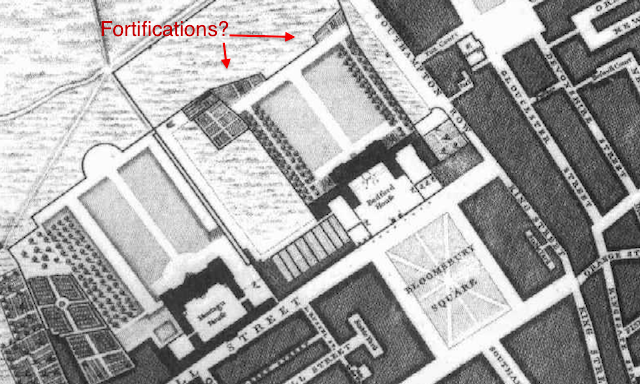 A ditch from the Civil War defences was discovered by archaeologists during construction of the neighbouring British Museum's new conservation centre on Montague Place.

Our course now picks its way across the West End. The precise route is uncertain, but a trio of forts are suspected near the Dominion Theatre, Hanway Street and the top end of Wardour Street. A more persuasive location can be found in Mayfair, where the tellingly named Mount Street marks a defensive work often called Oliver's Mount. The neighbouring Mount Street Gardens are a good place to sit and regain your energy. 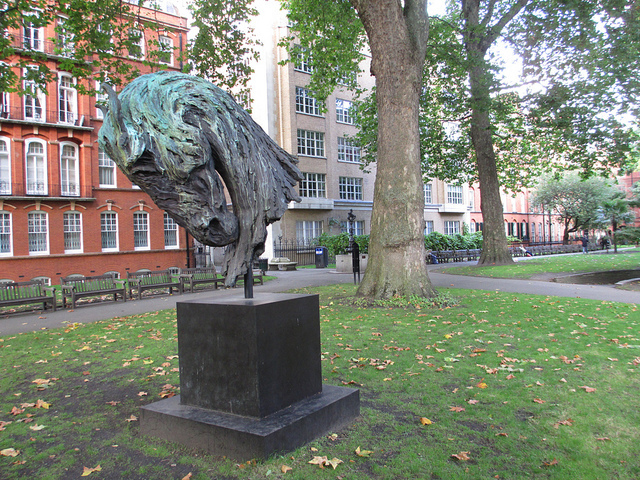 Head down Aldford Street and use the subway to cross into Hyde Park. A large fort with four bulwarks, as Vertue tells us, was located here, perhaps a little to the south of the Joy of Life fountain. The defensive works turned sharply south at this point, heading down through what is now Hyde Park Corner (site of another fort).

The final stretch takes you along busy roads, following the route of Grosvenor Place and Vauxhall Bridge Road. A fort was located at the south-west corner of the Buckingham Palace garden. A Time Team dig to locate evidence of the fortifications, however, proved unsuccessful. The remaining fort north of the river, known as Tothill Fort, was thought to be just south of Vincent Square. All that remains now is to cross the river to Vauxhall, where the tube station coincides with the possible location of yet another outpost.

If you're feeling energetic, you could carry on tracing the southern section of fortification through Lambeth, past the Imperial War Museum and on to Bermondsey. One feature to look out for here is a plaque to the defences — the only one we know about — outside Southwark Police Station. The forces of public protection are still manning the barricades, it seems. 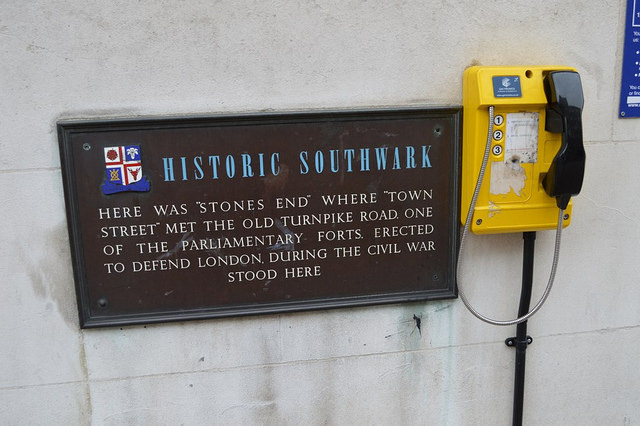