Weekend Walk: Richmond To Twickenham Along The Thames

By M@
M@ Weekend Walk: Richmond To Twickenham Along The Thames

Continuing our series of ambles around Greater London. This week, we take a very gentle stroll along one of the most intriguing stretches of the Thames, with weird statuary, secret gardens and two flooding pubs.

Breeze through Richmond town centre as quickly as you can. It's always busy, and the pavements are too narrow. Keep straight ahead and on down Water Lane till you reach the river. Here you'll find the famous White Cross pub, an excellent watering hole but perhaps a little early for a swift half. This is one of two pubs on the walk whose beer gardens are inundated at high tide. A set of emergency wellies can be found outside, in case you're caught out. 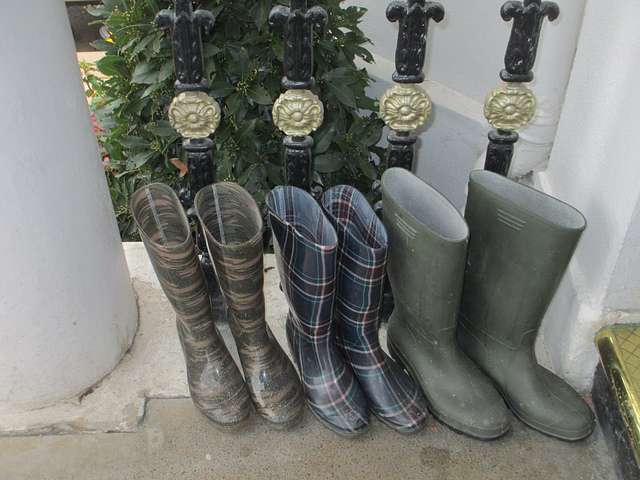 Richmond river front is an architectural jewel that deserves some attention. Gaze back at it from Richmond Bridge and admire the elegant Georgian facades and grassy slopes. 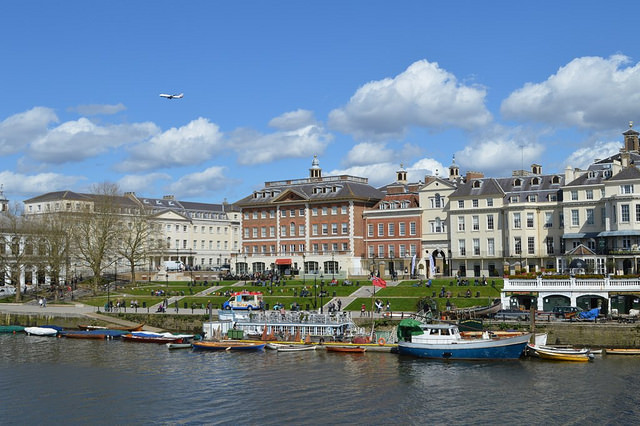 In fact, it's all artifice. Look closely and you'll see that some of these apparently 18th century buildings lack chimneys, a telltale sign that they're modern pastiche. The range was built in the mid-1980s to the plans of Quinlan Terry, Prince Charle's favourite architect. A subtle nod to the Prince of Wales is built into one of the inner courtyard windows — can you see it?

Having crossed Richmond Bridge, follow the curve of the Thames around to the south-west. This stretch affords memorable views of the slopes of Richmond and Petersham back across the river. After 20 minutes or so, a view opens up on our own side of the river, north towards the starkly isolated Marble Hill House. 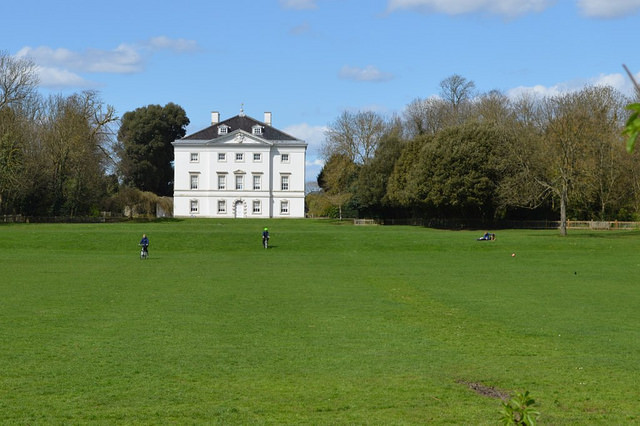 This Palladian villa is managed by English Heritage and regularly opens for tours. Check the website and book in advance if you want to get a look inside. If not, a detour around the gardens is encouraged. Seek out the ice house and grotto.

Another stately home is visible across the Thames in the shape of Ham House, an elegant pile that's featured in everything from Steptoe and Son to silly sci-fi flick John Carter. For £1, the privately owned Hammerton's Ferry will chug you across if you have time to investigate. It runs on demand... just wave at the captain to get his or her attention.

Not far on from Marble Hill House and we come to the pleasant Orlean Gardens. The gardens abut Orleans House Gallery. This free and beautiful venue has a changing programme of exhibitions and is always worth a stop-off. 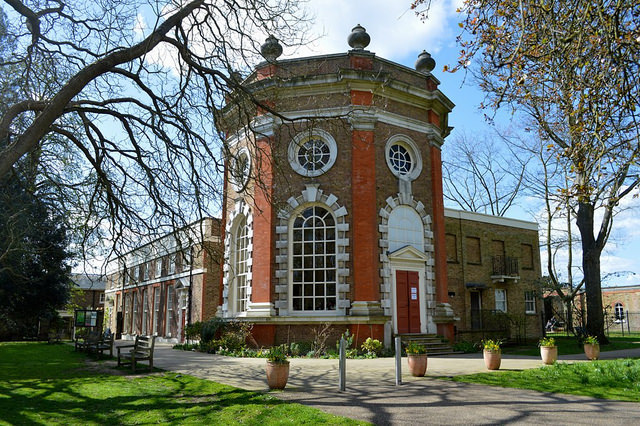 After the gallery, the Thames path briefly heads inland before returning us to a riverside pub. The White Swan is a glorious old inn with yet another floodable beer garden. At high tide, those sat outside must stand on their benches or risk a foot soaking. Here's a dog, keeping guard. 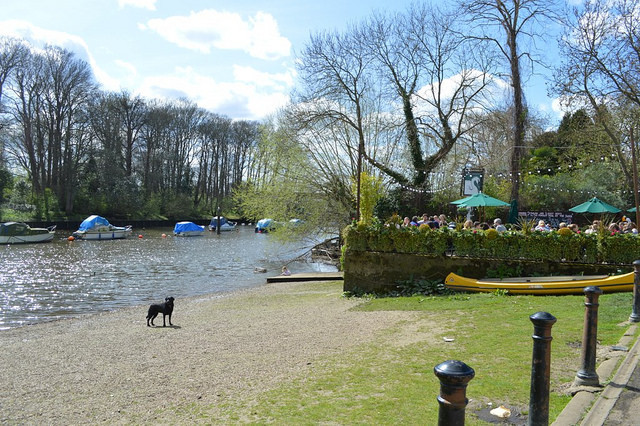 The approach to Twickenham contains more oddities than Bill Oddie's oddity closet. First we walk beneath an enigmatic bridge, connecting who-knows-what to who-knows-where (though we'll discover the answer in a second). This is followed by an outrageously large sundial, a plaque marking a high flood tide in 1774, and a curious sculpture garden. Head up into the latter, known as Champions Wharf, and double back along the river wall to enter a secret garden.

We've visited York House Gardens a number of times, and rarely find a soul within. This charming stretch of greenery and flower beds contains one of the 'Great Trees of London' in the sprawling shape of a cut-leaf beech, as well as one of London's most venerable urinals. You'll also encounter this frankly preposterous Italian fountain, with its various nymphs and nudists — Twickenham Brewery's Naked Ladies beer is named after them. 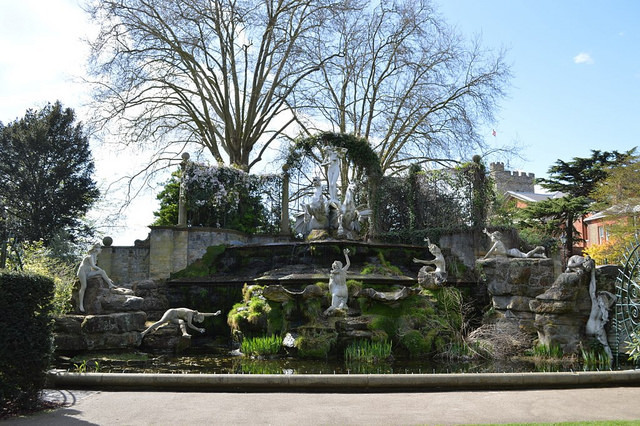 Next to the fountain, that enigmatic bridge opens up like a pontine portal to another world. It leads over the road and into the back garden of York House, a 17th century country house now used for weddings and the like. 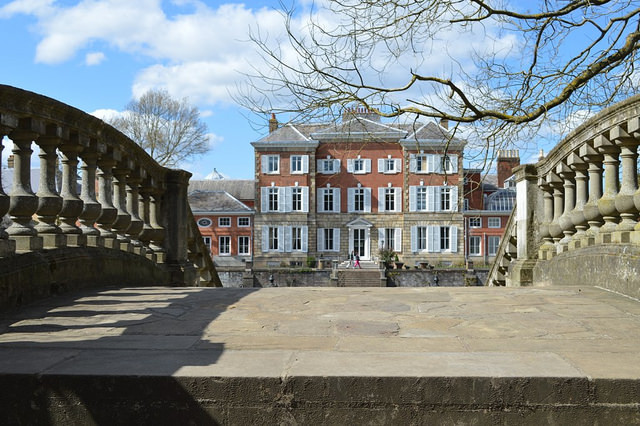 We're coming to the end of the walk now. Twickenham station is about a 10 minute hike to the north... just follow the signs. But before you do so, take time to explore some of the sights of Twickenham. Eel Pie Island, famous for its decades of live music and entertainment, can be reached by another bridge. 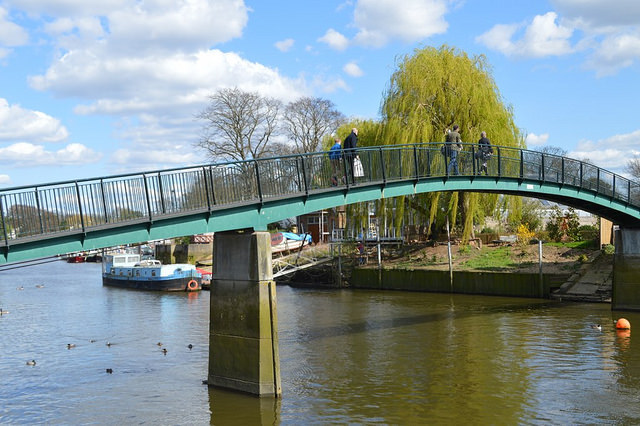 You should also visit the Eel Pie Island Museum (not on the island but on Richmond Road) if you're there on an open day. Meanwhile, The Twickenham Museum contains local artefacts and what must be one of the most unusual exhibits in any museum anywhere: 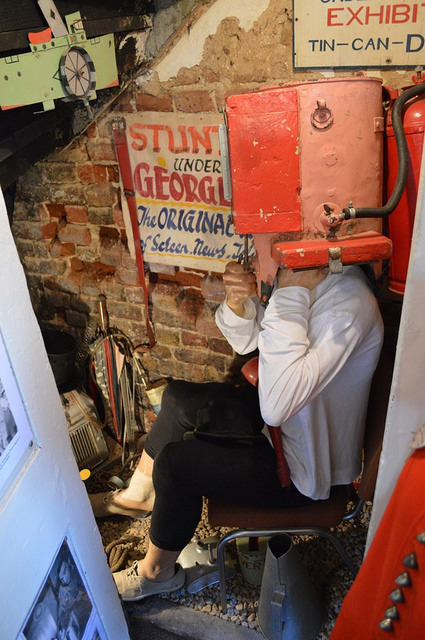 We'll leave it hanging there for you to go investigate. It's open 1-3pm on Saturdays and 2pm-4pm on Sundays. Enjoy.

Spot a secret Londonist reader: if you encounter someone else walking this trail, greet them with the words ‘fine day for it’, while subtly making an ‘L’ shape with your thumb and forefinger. If both parties do this, you’ll know that they’re Londonistas too. Have a chat.