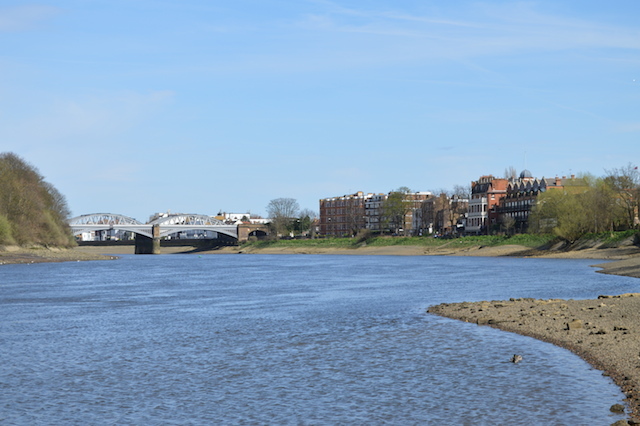 Continuing our series of ambles around Greater London. This week, we return to the Thames, scoping out riverside pubs, a Tudor mystic and hidden memorials.

Head north from the station, shimmying left around (or preferably through) Mortlake Green to achieve a view of the Thames. It's worth trekking a little to the west, to get an eyeful of the simple elegance of Chiswick Bridge. 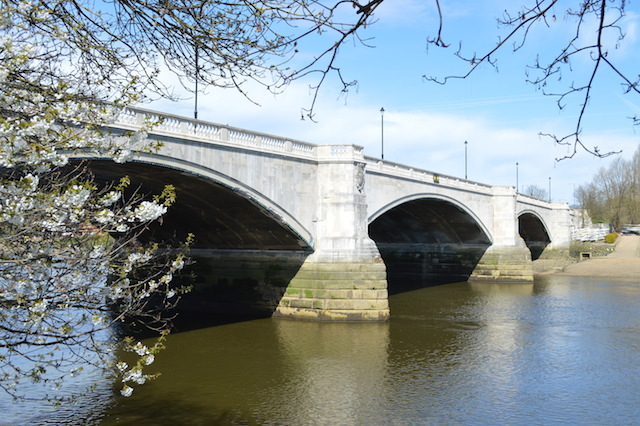 A marker nearby identifies the finishing line for the Oxford-Cambridge boat race. Also hereabouts, you'll readily find The Ship pub. It's a down-to-earth place, with a friendly welcome and a decent beer garden — one of several worthy watering holes along this stretch of river.

Heading east, we soon encounter beer royalty. The Stag Brewery is massive. It is also ancient, squatting on land that produced beer when Shakespeare's great-grandparents were first swiping abacuses, or whatever the medieval version of Tinder looked like. 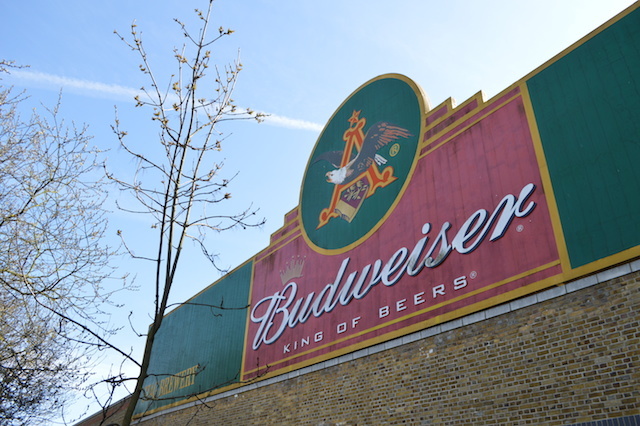 It's still producing beer. Well, Budweiser. Alas, the brewery is set to close within the next year, and the future of the Thames-side buildings hangs in the balance.

There's more to see on this walk than brown liquids. A little further on, look out for the weeping willow opposite a substantial brick building with Romanesque arched windows. Pop into the alley beside this building and you'll receive a fine view of Mortlake church with its Tudor tower. You'll also find a couple of plaques. A slab of granite to your left marks the site of the Lower Dutch House, a 17th century centre of tapestry making. To the right, someone's pinned up the least impressive plaque in the Kingdom, a laminated memorial to John Dee that looks like a deglorified tax disc. 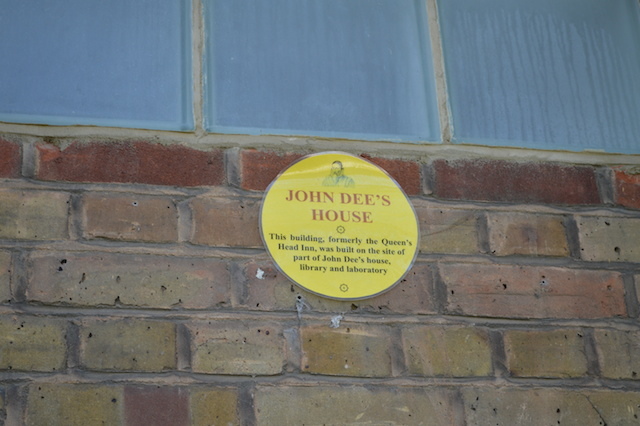 The Tudor mystic, recently celebrated in an opera by Damon Albarn, lived in a house on this site, keeping himself busy with daily chores such as incanting, crystal gazing and spatulamancy. (We have no idea if he ever engaged in spatulamancy; but what an excellent word.) A sturdier plaque to Dee can be found inside the church, and other yellow discs mark other Deesome locations nearby.

Carrying on along the Thames path and the muscular iron form of Barnes Railway Bridge dominates the view. It's possible to cross on foot. Alternatively, you might be able to hire one of these here paddle boards: 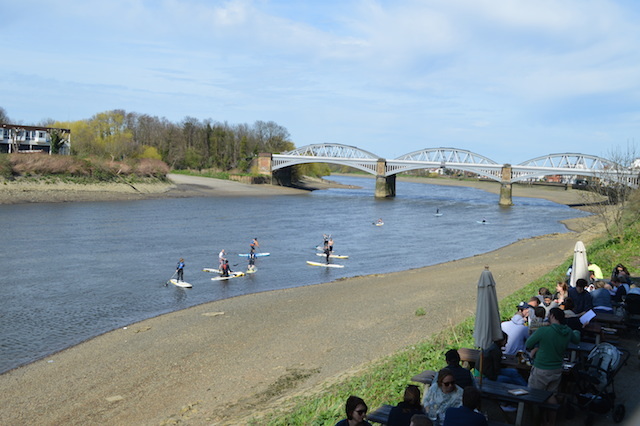 That shot, by the way, was taken from the superb river terrace at Ye White Hart, a sturdy Young's pub with one of the best views on the river. Barnes itself is a very well-to-do area, noted for its Wetland Centre and many a famous inhabitant (most of Queen, Rik Mayall, Dodie Smith, Robert Pattinson and the guy who played Chewbacca). You'll pass a plaque to musician Gustav Holst who carried on John Dee's work with his astrological suite The Planets. We managed to photograph this near-conjunction of plaque, jogger and superfluous eagle. 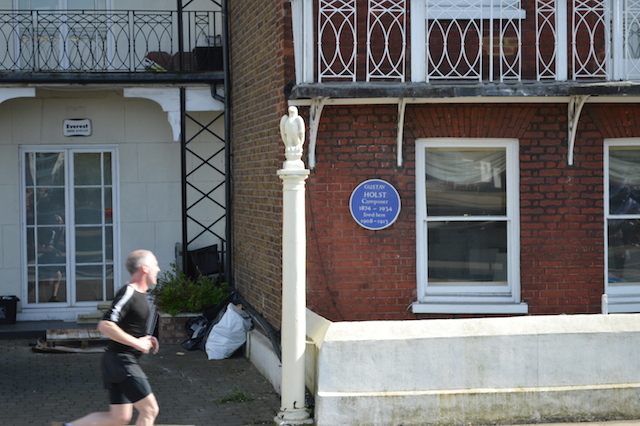 The next major building, The Bull's Head, also has musical connections. Mick Jagger, PP Arnold and Jeff Beck all played here, and it continues to support live acts. We once whistled the theme to Airwolf in the toilets, but not sure that counts.

We were surprised, outside the pub, to find a home-made poster in support of the Thames super-sewer. Grass-roots campaigning around the project tends to be in the 'not in our back yard' or 'find another way' camps. The Thames Angling Conservancy lobbies the other way. 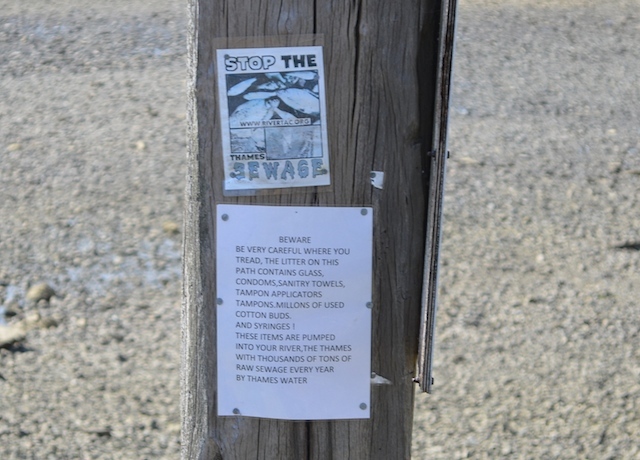 But the Thames at this point is very lovely, at least when viewed from the footpath. We soon snake off onto a thin strip of land, a kind of carrying handle protruding from the western flank of the Barnes peninsula. The Leg of Mutton Nature Reserve lurks behind. We had hoped to show off a few photos of that worthy idyll. Our entrance was curtailed, however, by a randy couple pumping away by the waterside. We hastily turned tail, apologising for the intrusion. We are British.

The Barnes bulge slowly curves north-east towards Hammersmith. The Thames was busy on our visit, with pleasure craft and racing boats. These fellows seemed intent on capsizing their craft, with sharp, skewering turns that placed their sails almost horizontal. 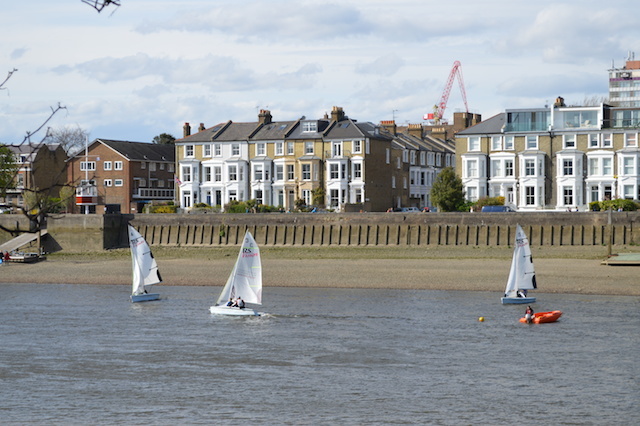 And then, we're upon the mighty Hammersmith Bridge — surely one of London's finest. It was designed by Joseph Bazalgette, more famous for constructing London's first super sewer. If you walk along the western pathway, look out for a couple of discreet plaques. One commemorates Sam Alexander, a Hammersmith-born marine who died in Afghanistan in 2011. The other marks a feat of fatal heroism from this very bridge: 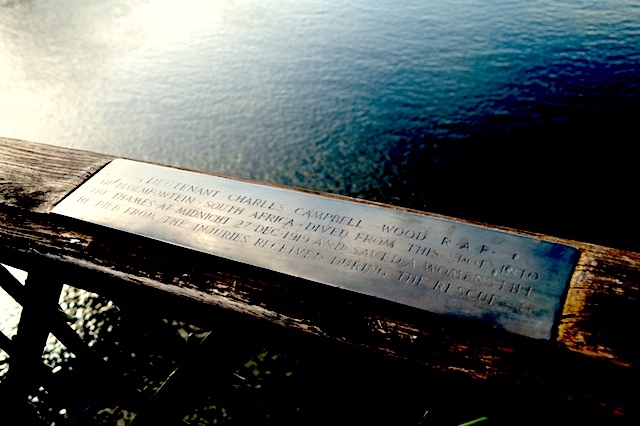 Across the bridge and into Hammersmith. To reach the tube stations you need to negotiate a series of less-than-pleasant roads. If you fancy a final tipple to rest your feet and think over the walk, we'd recommend the recently opened Draft House on Shepherd's Bush Road. Its mission statement is plastered all over the outside of the building: 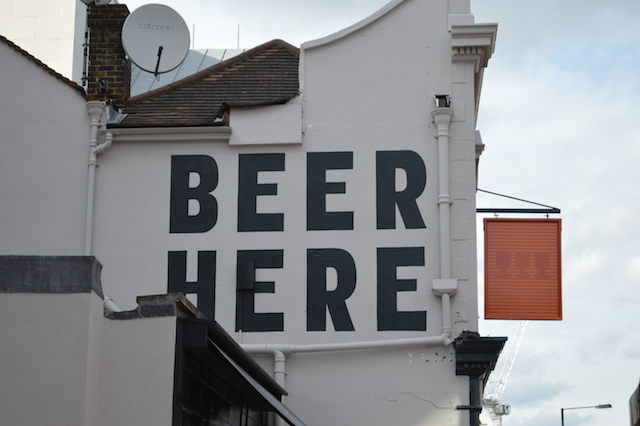