Exploring the wider capital on foot. This week, we hitch onto a southern section of the London Loop to discover Winston Churchill, a suburban windmill and one of the best views of London you'll ever see.

There are two places in London called Hayes. Make sure you get the right one, otherwise everything that follows will be void. Our Hayes is the one in the borough of Bromley, about 30 minutes out of Cannon Street or London Bridge. It's not a bad little town, with a couple of independent cafes in which to fuel up before your walk. Alternatively, head to the Costa where you can pretty easily sneak a tactical toilet stop without the staff noticing.

Wikipedia tells us that Hayes was founded by the Anglo-Saxons and its name means "a settlement in open land overgrown with shrubs and rough bushes". Boring. Let's pretend it's named after Geoffrey Hayes off of Rainbow.

We'll be following the London LOOP path for most of the trek. You might want to take the official guidebook along with you — the signage in Bromley is miserably inadequate, although it gets better once in the borough of Croydon.

First head up the hill to the edge of Hayes Common. Here you can discover what an oak tree looks like when it reaches its 50th birthday, courtesy of this Churchill memorial tree. 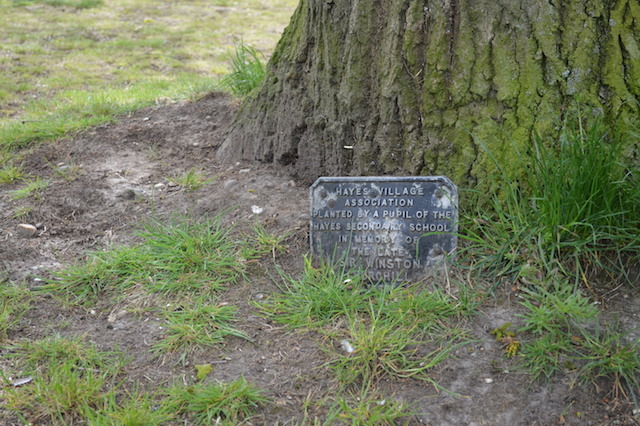 The path turns right, running along a veritable big-dipper of ups and downs to come out near West Wickham Common. A little shimmy through some housing then brings you to Coney Hall Recreation Ground, which straddles the Prime Meridian ("OF THE WORLD"). The official guidebook reckons that its marker resembles a Dalek. It does not. But we do wonder: the meridian must pass through one of those houses in the distance... how would that affect the property price? You could claim you owned real estate in both hemispheres. 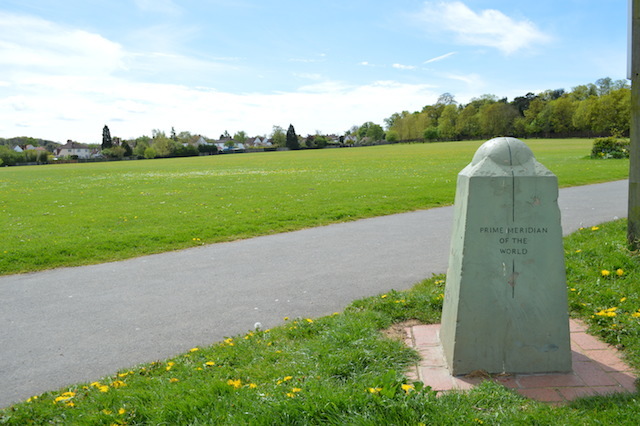 The LOOP next heads to one of its great set pieces, the church of Saint John the Baptist. This venerable building stands high on a hill, a bloody long way from any potential parishioners, other than those of an equine persuasion. 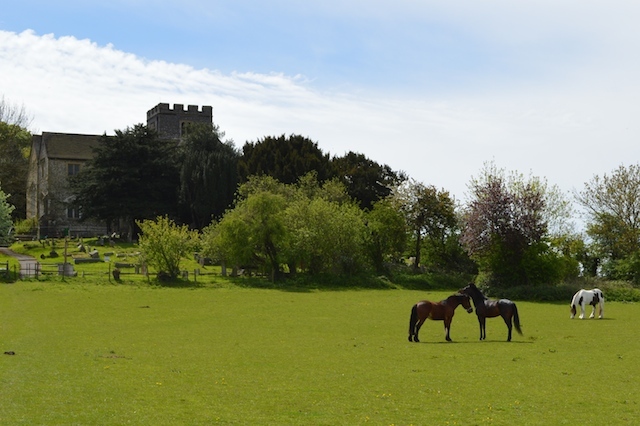 Much of the fabric of the church is 14th century, but it's thought to be of Angl0-Saxon origin. Older still is the Roman road, whose ghost can clearly be seen on satellite view, running through the Sparrow's Den playing fields to the north. From here, we enjoy a mile of arboreal walking through Spring Wood and Threehalfpenny Wood. This stretch is enchanting; like stepping into an Enid Blyton novel. 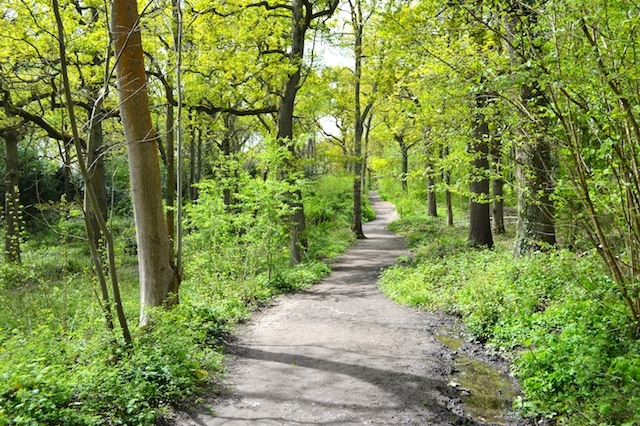 It gets better. Kennel Wood is more sylvan than an Ent's treehouse. We clocked a dozen types of tree, a spotted woodpecker and the largest fox in the whole of the Kingdom.

Increasingly urban paths lead us to the attractive village of Shirley. If you're thirsty, Shirley harbours a couple of decent pubs in the shape of The Sandrock and The Surprise — you might just bump into locals Ronnie Corbett and Ian Wright. A further surprise, lurking incongruously in the middle of a housing estate, is this: 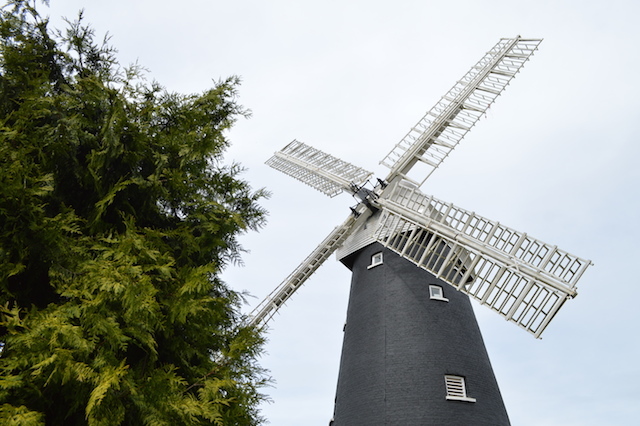 Shirley Windmill (1854) is one of only four London windmills open to the public. The monthly open days are listed on its website. We missed one by 24 hours. Bah.

We're building to an epic finish. Round the back end of Shirley rise Addington Hills. From the summit you may behold one of the greatest views of London. Our poor camera can't really do it justice. For anyone who can't get their bearings in the photo below: that's one of the Crystal Palace transmitters on the far left; then the Shard and City; then over on the right is Canary Wharf. And those are some trees in the foreground. 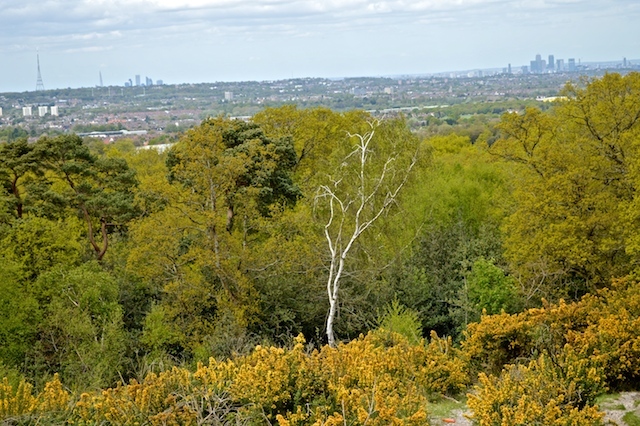 An elderly man reminisced to us: "They used to have information boards pointing to the landmarks, but someone's nicked them all". Heh. Croydon.

Having feasted your eyes on our fair city, tis but a short walk to Coombe Lane tramlink stop, and thence just 10 minutes to East Croydon station. Or else you could continue following the London LOOP for as many miles as you please. Happy walking.

Spot a secret Londonist reader: if you encounter someone else walking this trail, greet them with the words 'fine day for it', while subtly making an 'L' shape with your thumb and forefinger. If both parties do this, you'll know that they're Londonistas too. Have a chat.