Newham Could Rehouse Homeless Mothers Up To 200 Miles Away 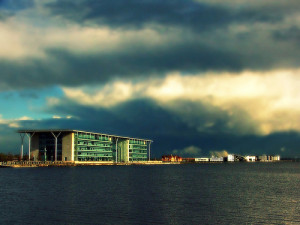 Newham council could rehouse 29 single mothers currently staying in a hostel up to 200 miles away following funding cuts.

The women have been staying in the east London-based Focus E15. Run by the East Thames housing association, it's what's called a 'foyer', providing housing as well as literacy support, parenting and work skills training to young people to help them become independent.

But with £41,000 being cut from the budget by Newham council, the women and children face eviction. The council made headlines in 2012 when they were forced to relocate social tenants outside of the borough due to the gaping chasm between the private rental market and benefits.

Although the council says it will attempt to rehouse the women locally, according to the Guardian report, changes in Newham's policies means that working families and ex-servicemen and women take precedence over single mothers for housing. Tempting as it is to criticise a policy change which on the face of it appears to pander to dog-whistle politics over the 'deserving' and 'undeserving' poor, we don't envy the person with the awful task of deciding which group is needier than the last.

Despite Newham being one of the most deprived boroughs in London, the council managed to scrape together £110m for a new office. In September it was reported that they are now having to return to their previous offices after being unable to sell the buildings.