The Biggest Stories On Londonist In 2013 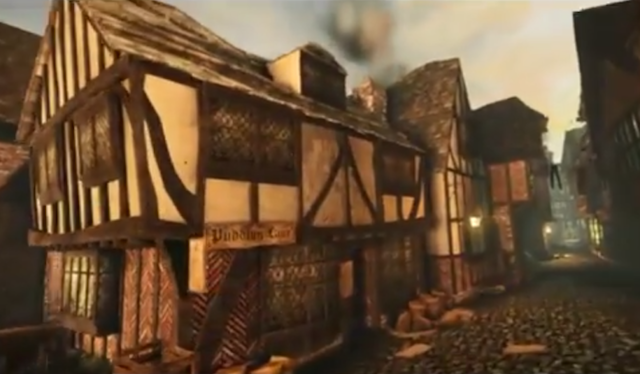 It's been a big year at Londonist Towers. In 2013, we published over 3,500 articles on everything from silly bus stop names to a map of mammoth skeletons found in the capital. We relaunched the site with a colourful new look. We started a popular new video series looking at the secrets of the tube, and our podcast, Londonist Out Loud, goes from strength to strength. We were also delighted to work as media partners with — among others — Museum of London, the Barbican, South Bank London and The Mayor's Thames Festival.

But what were our most-read articles in 2013?

1. Where to Watch Fireworks in London: Bonfire Night 2013
With almost 150,000 views, this article was, by some margin, our most popular piece of the year. It's a simple roundup of all the firework displays in November, presented by London borough.

2. Fly Through 17th Century London
Nearly 100,000 of you were interested in this computer simulation of the area around Pudding Lane just before the Great Fire. The video fly-through and underlying computer model were made by students at De Montfort University.

3. London's Best Wedding Venues
A self-explanatory feature offering a few tips for the big day. We also included plenty of reader suggestions — from Lord's cricket ground to the ICE Bar.

4. The Best Rooftop Bars In London
A fairly obvious article for a site like ours to run in the summer, but it nevertheless attracted plenty of eyeballs from people seeking elevated al fresco booze.

5. London Christmas Markets 2013
You're too late to make use of this article now, but over 70,000 people found it of interest in the run up to Christmas.

6. Top Ten Record Shops in London
We revealed our favourites, but the comment section of this article provides plenty of further tips.

7. How the London Boroughs Got Their Names
A neat historical piece explaining which borough is named after a valley of crocuses, and which part of town was named for a heathen shrine.

8. A Guide to Alternative London Tube Maps
This one was originally published in 2011, but we've kept it up to date. It now features links to around 60 unusual tube maps, including our very own 'uncluttered tube map' (below). 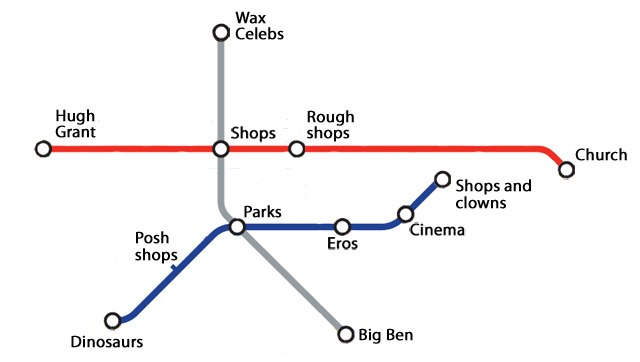 9. Top 10 Contemporary Classical Music Composers
A London-centric guide to who's writing interesting stuff. This was first published in 2012, but remained popular in 2013.

10. Storm Warning: London Public Transport
A well-curated page of information and tweets for those trying to get around during October's storm.

In summary, it seems that list-based articles remain very popular, as do articles giving information about events that large numbers of people will be interested in. It's also good to see a couple of historical pieces making the grade, plus the geeky tube map piece.

Our next ten most-read articles of 2013 are as follows:

Again, we see how popular lists can be. Even though they represent only a small fraction of what we publish, 15 of the top 20 articles are list- or listings-based.

Thank you to everyone who's visited and enjoyed the site in 2013, especially readers who've contributed comments, tips, photographs or otherwise helped to make Londonist what it is. Here's looking ahead to 2014, which will see the launch of some useful new features on the site and, in October, our 10th birthday party. Cheers.