By Londonist Last edited 10 months ago
Londonist Top 10 Contemporary Classical Music Composers
Bored with recycled retro pop music? Looking for something more innovative and challenging but don’t know where to start? You’re living in the right city. With its burgeoning scene, London is one of the best places in the world to hear contemporary classical music.

Let this top 10 — including top tips on concerts — by media composer and author Toby Bricheno show you the way into this world.

Steve Reich
Arguably the most celebrated ‘Minimalist’ composer, Reich’s music is instantly accessible. As with most minimalist music you can tap your foot to it and it has repeating motifs and melodies. His early work Piano Phase has two pianos playing the same short phrase, with one piano very gradually speeding up until eventually it is one note ahead — the effect is utterly mesmeric. The brightly pulsing Music for 18 Musicians further demonstrates Reich’s hypnotic style.

Happily, there is an opportunity to hear a selection of his works at the Royal Festival Hall in March. The ‘Rest is Noise’ festival at the Southbank Centre in 2013 will feature almost 100 concerts, films and debates, including the debut of a new work by Steve Reich based on two songs by Radiohead. 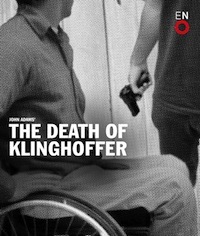 This incredibly popular American composer combined minimalism with the grander sound of Romantic composers such as Wagner and Mahler and 20th century maverick Charles Ives. If you find minimalist music a trifle uneventful, definitely give him a listen. Adams is a good stepping stone between minimalism and the more ‘difficult’ composers mentioned below.

Try listening to his orchestral piece Harmonielehre, which showcases his minimal tendencies in the outer movements contrasted with the bleak central movement The Anfortas Wound which builds to a shattering climax of clashing dissonance. Incidentally, the opening movement was sampled by London dance outfit Nero for their 2011 track Doomsday.

You can see his controversial opera The Death Of Klinghoffer at the London Coliseum starting on the 25 February.

James Dillon
The antithesis of the minimalist composers, Scottish composer Dillon’s music is difficult with a capital D; incredibly complex, often constantly evolving with little repetition and often with no discernable sense of pulse. If you found James Joyce’s Ulysses a breezy enjoyable read he may be just what you’ve been looking for. Despite his sometimes impenetrable style he is greatly respected; last year he historically received a fourth award (the only person to ever do so) from the Royal Philharmonic Society at their annual awards ceremony at the Dorchester Hotel in Mayfair.

Of his more accessible pieces the rapturous Traumwerk 3 from book 3 of Traumwerk
but for something more challenging try his dizzyingly frenetic harpsichord piece Birl or, if you’re feeling brave, Überschreiten.


This Estonian ‘holy minimalist’ has a very lyrical and highly accessible style. His beautiful and reflective Spiegel im Spiegel has featured in many films, and everyone seems to like it. But you may prefer the dramatic and passionate (qualities not usually associated with minimalism) Fratres for violin and piano, which was featured in the 2007 film And There Will Be Blood.

In April there is a whole day dedicated to his music at the Barbican.


Another highly eclectic composer, Turnage is skilled in jazz as well as classical music and its influence can be readily heard in his visceral opera Anna Nicole. Based on the life of doomed media celebrity Anna Nicole Smith the libretto (text), was written by Richard Thomas (Jerry Springer: the Opera) so expletives are predictably ten a penny. As one might expect, given the subject matter, there is plenty of trash and sleaze but also lyrical moments of great beauty; Turnage’s compassion for Smith makes her a sympathetic and truly tragic operatic figure. The world premiere was at the Royal Opera House last year - the set design was fantastic so it’s worth getting the DVD if you’re interested.

Turnage's new Titian-themed ballet will be performed The Royal Ballet at Covent Garden in July as part of the London 2012 Cultural Olympiad.

George Crumb
This American composer has always had a great interest in exploring timbre (the quality of sound an instrument produces) and has experimented with many unorthodox playing techniques. His Black Angels for amplified string quartet has been called the bleakest music ever written (possibly along with Penderecki’s Threnody to the victims of Hiroshima which isn’t laugh a minute either and is incidentally being performed at the Barbican in March). If you’re going through a particularly traumatic break-up it might be just the ticket. Be warned: it’s not for the faint-hearted.

If you like what you hear we regret to inform you that you missed seeing it being performed by the legendary Kronos Quartet at the Hackney Empire last month.


You may be unwittingly familiar with his music from Stanley Kubrick’s The Shining and 2001: A Space Odyssey (most memorably in the psychedelic ‘Stargate’ sequence). A favorite Ligeti piece is the Mysteries of the Macabre for soprano and chamber orchestra – three electrifying arias taken from his bizarre opera Le Grand Macabre. The highly theatrical vocal part calls for a virtuoso soprano capable of dazzling vocal acrobatics. This author was lucky enough to see Ligeti specialist Barbara Hannigan perform it at the Queen Elizabeth Hall in 2010. You can see her in action here.

There are four concerts featuring Ligeti’s music in April and May at the Southbank Centre.

John Tavener
A profoundly religious man and influenced by medieval choral music, Tavener’s style is considered hopelessly conservative in some circles but you may develop a soft spot for his gentle and accessible works. A good starting point would be one of his short pieces for choir: the touching Song for Athene (played at Princess Diana’s funeral) or his wonderfully atmospheric setting of William Blake’s The Lamb.

There are a number of concerts in London featuring his music this year, including the World premiere of Nunc Dimittis at the Royal Albert Hall in April.


This hugely influential American composer introduced the ‘prepared piano’ whereby various objects are inserted between the piano strings, thereby drastically altering the sound. The resulting percussive sonorities are well demonstrated in his early work Sonatas and Interludes for Prepared Piano. Strongly influenced by Eastern culture and philosophy, Cage often used the ancient Chinese text the I Ching as a compositional aid, and chance (indeterminacy) played a huge role in his compositional method. Perhaps his most accessible piece is the exquisitely impressionistic In A Landscape.

There’s a staging of his delightfully bonkers ‘pan arts’ piece Musicircus at the London Coliseum on 3 March.

Other opportunities to listen to this kind of music:

Try one of the these classical music club nights. Cafe Oto in Dalston, and the Out Hear night at Kings Place are also good bets. Plus, you can listen to work by all the composers mentioned here on Spotify.