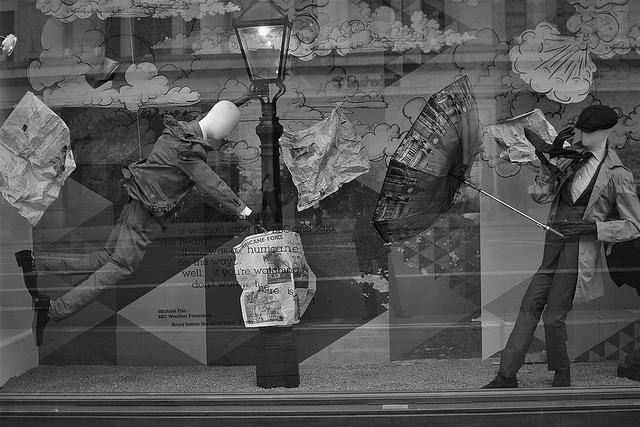 We asked Twitter for the transport reality, too (as of 9.30am):

Original article: Batten down the hatches, there be a storm coming! The wind and rain headed our way from the Atlantic – named St Jude after the patron saint of desperate situations and lost causes, and whose saints day is on Monday – isn't predicted to directly hit London (though there's a slight possibility that it'll take a more southerly path). Even if it does track more over Wales and the South West we're in for some hefty gusts of wind, and that's affecting travel.

Train companies are saying they won't run services until Network Rail has checked the tracks for obstructions (fallen branches, etc) and given the all clear. This is likely to be after the morning rush hour, and even then revised timetables, slow running trains, delays and cancellations are inevitable. Some specifics:

At the time of publishing Transport for London has no information on its website, but keep an eye on the live travel news page for updates. Airports recommend checking the status of your flight with the airline and, if it's still taking off, allow extra time for travel. Eurostar is remarkably chipper and expects to run a normal service.

We also think it's safe to say the Emirates Air Line won't be running.

Update: London Overground has tweeted to say there will be no service before 9am and, as Greg Wesson points out in the comments, Eurostar has now announced a revised service.