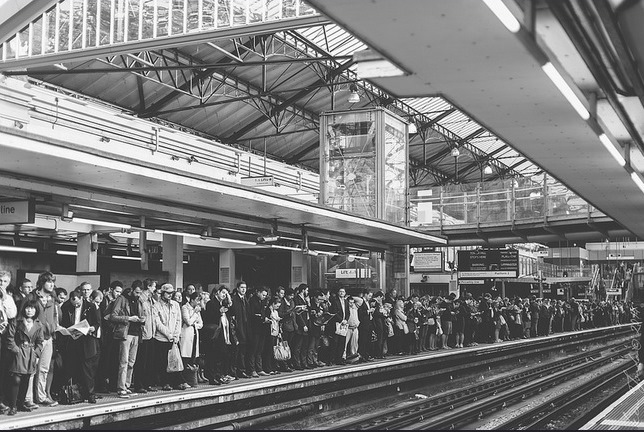 Rail, Maritime and Transport (RMT) union members will stage a 48 hour walkout next week from 9pm on Tuesday to 8.59pm on Thursday.

The strike follows the breakdown of talks with London Underground (LU) management over tube ticket office closures. Transport for London (TfL) announced last year that savings of up to £50m a year could be made by closing ticket offices, but the decision has led to a series of disputes with the unions. TfL say just 3% of journeys start with tickets bought at ticket offices, but research shows that when we actually buy tickets, the figure is closer to 1 in 5. RMT General Secretary Mick Cash said:

“RMT negotiators have made every effort in the long-running talks to resolve a range of issues that impact on our members jobs, their pay and working conditions and the safety of the services that they provide to the travelling public.

“RMT will not stand back and allow Government-driven austerity cuts to hollow out the tube system and leave it as a dangerous shell. We are also fully aware that the current cuts are just part of a multi-billion pound attack that will include such lethal ideas as driverless-operation. The strike action next week is designed to force the Mayor to instruct his senior officials to back away from this toxic cuts package and engage in serious and meaningful negotiations."

Strikes were also called by the RMT in January, April and a 72 hour strike was suspended in May. Fellow union ASLEF staged a walkout on the Central and Waterloo and City lines in August.

The walkout will coincide with strikes by council workers and civil servants belonging to the Unison, Unite and GMB unions in a separate dispute over job cuts and pay.

“This is yet more pointless strike action called by the RMT leadership following our plans to modernise and improve the London Underground for our customers. We have been in consultation with the RMT and the other trade unions now for 11 months involving over 80 meetings on the details.

“We have adhered to every single one of the commitments we made to our staff, including delivering on our guarantee of no compulsory redundancies and offering a job for anyone who wants to stay with us with no loss of pay. This action and the timing of it, to coincide with public sector strikes that have nothing to do with London Underground, is cynical in the extreme. It will only lose RMT members pay and disrupt Londoners.”

Photo by Ken Tsuda in the Londonist Flickr pool.