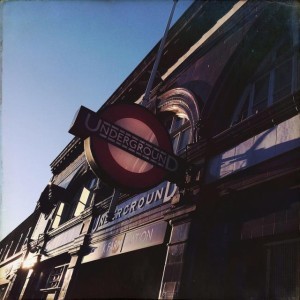 A 48 hour tube strike by RMT members is set to begin at 9pm on Monday 28 April.

This may be famous last words, but there doesn't seem to be any prospect of a last-minute cancellation. The dispute is over the closure of all tube ticket offices and the loss of 950 jobs. It's more complex than just safety vs modernisation, as the the two sides would have us believe. We wrote a in-depth exploration of the reasons behind the tube strikes in February — the basic issues are still the same.

This particular strike — and another one, set for 9pm on 5 May, lasting three days — has been sparked by London Underground's reconfirmation that all ticket offices will close. Common ground had been reached back in February, when LU said it would conduct a station-by-station review with the unions. However, the LU line has now changed, and all that's up for negotiation is the timetable for closures and staffing levels on stations.

As with previous strikes, LU says it will be able to run a limited service. If you want to use the tube during the strike period, you can see the planned service below. But of course, the situation is subject to change at short notice so check before you travel or have a look at Station Master's realtime tube strike map.

Trains are expected to run between 7am (note: last time it took much longer to get services up and running) and 11pm on Tuesday and Wednesday on the following lines:

The Heathrow Express will also run a reduced service on 29 and 30 April, running twice an hour, because of strike action over job cuts. Heathrow Connect will not run at all.

Photo by Stuart Sunley from the Londonist Flickr pool