A History Of London's Pranks And Hoaxes 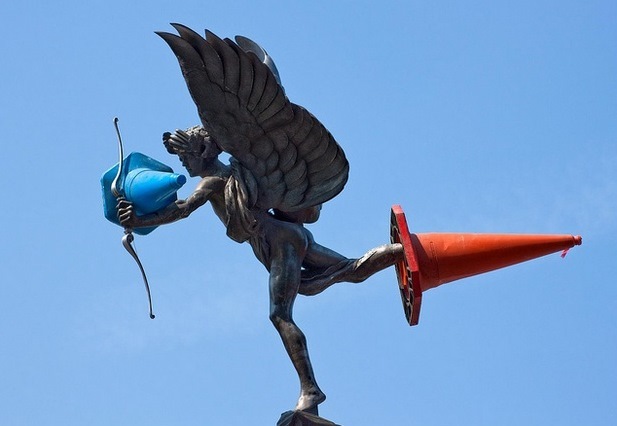 We decided to raid the archives and look at some of London's best historical hoaxes.

On 10 November, the unsuspecting (but very wealthy) occupant of 54 Berners Street, a Mrs Tottenham, suddenly began receiving a large number of visitors and deliveries of goods. This was something of a surprise since she hadn't ordered any of them. More and more people arrived, including the Mayor of London and the Archbishop of Canterbury. Less august visitors, including fishmongers, cakemakers and a man with a large organ also turned up bearing goods.It wasn't long before gridlock ensued and fights started to break out, but eventually, the police brought the situation under control. The perpetrator turned out to be a Theodore Hook, who had made a bet with a friend that he could make any address in London the most talked-about within a week. It's not known what Mrs Tottenham thought about the whole thing.

Latter day equivalent — sending a taxi to the Ecuadorian embassy to pick up Julian Assange.

Although this particular prank has been around since at least the 17th century, a number of people were summoned by a Herbert de Grassen to watch the Annual Ceremony of Washing The Lions at the Tower of London. The earlier versions of the hoax said the lions would be washed in the moat, but the 1856 version told visitors to seek admittance to the Tower at the non-existent White Gate. An eyewitness to a previous occurrence of the same prank in 1848 said, "I must confess I, for one, was not prepared for the extraordinary credulity of the British Public". See also the Procession of the Animals (1866) and the Grand Exhibition of Donkeys (1864).

The British Museum was caught out by the reticent street artist when he hung a rock showing a stick figure pushing a supermarket trolley. Labelled 'early man venturing towards the out-of-town hunting grounds', the museum didn't spot it for a couple of days but did at least see the funny side once they did. The rock reappeared at a Banksy show with a sign saying it was on loan from the British Museum.

Latter day equivalent — any Banksy hoax there has ever been.

On 31 March, thousands of shocked motorists and residents called the police to report an alien invasion after UFO flew over the M25 and landed in a field. An intrepid officer approached the alien spacecraft only to see a tiny ET-like figure emerge. Sensibly, he legged it, but the 'UFO' turned out to be a hot-air balloon disguised as a spaceship by Virgin chairman Richard Branson. The original plan had been to land in Hyde Park on 1 April, a day more traditionally associated with pranks, but the balloon was blown off course and came down a day early in Surrey. The army was also mobilised. According to Branson, "the police initially didn't see the funny side of it and threatened to arrest us for wasting their time".

The BBC announced to its listeners on 1 April that Big Ben was to be given a new digital readout and the clock's hands given away to the first four people to contact the station. Listeners failed to notice the date and were 'shocked and angered' by the proposal, overwhelming the broadcaster with complaints. The Beeb's Tony Lightley said, "surprisingly, few people thought it was funny". Pedant's note: we know it's not the proper name for the clock.

As we explained in our series on the financial markets, news can have a dramatic impact on stock prices. The news that a war is over falls into that category. During the Napoleonic Wars, a man calling himself Colonel du Bourg arrived in Dover, declaring that Napoleon himself was dead. The announcement sparked a boom at the London Stock Exchange, leading to several very large deals in government bonds. Before too long, French officials cried 'mais non!', so the exchange started an investigation which uncovered a conspiracy to ramp the price of government bonds. The conspirators, Lord Cochrane (an MP), Andrew Cochrane-Johnstone (his son) and Richard Butt (their financial advisor) bought the bonds the previous week, then sold them for £1.1m during the boom caused by the Napoleon death hoax. The three men found themselves sentenced to 12 months in prison, plus a fine of £1,000 and an hour in the public pillory. Surely a fate which many people would like to see re-enacted in the modern day. 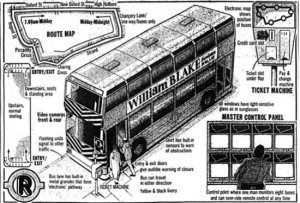 April Fool gags appear to have become potential reality in the 30 years since it was reported that London Transport (as it was then known) would introduce driverless buses. It looked reasonably plausible, with the bus feeding images back via a camera to a controller who could take over and steer. Plus the £50m cost was suitably eye-watering. Unlike today's rows over driverless trains, opinion polls at the time showed a rare moment of solidarity among the British public — 100% public opposition to LT's 'proposal'. Also, brilliantly, a comment from a London Times columnist:

"There are too many buses in London already. They obstruct cars and motorcycles, interfere with pedestrians crossing the road and slow down the flow of traffic. Any plan, moreover, which puts drivers on the dole for the frivolous reason of advancing the new technologies of the 1980s is to be deplored."