Driverless Tube Trains Shelved For At Least Another Decade 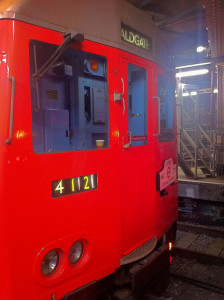 And lo it came to pass, to surely nobody's surprise, that Boris Johnson's manifesto pledge to introduce "driverless (although not unmanned)" trains within a decade has fallen by the wayside.

London Underground has confirmed tube trains will have drivers until at least the 2020s, when the concept of a DLR-style train captain could be introduced. The Northern line will join the Victoria, Central and Jubilee as automated lines in 2014 and the Metropolitan, Circle and Hammersmith and City lines will be automated by 2018. Pre-election, Boris was making noises about this being the catalyst for taking drivers out of cabs and into the body of the train, saying

The London Assembly Conservatives are also campaigning for 'driverless' trains. Tests on Jubilee line trains without drivers were scheduled for this month, but have now been cancelled.

We've been pointing out for some time that 'driverless' trains are a misnomer. There would always be someone on the train to open and close the doors and to help in an emergency (rendering the strike-reducing aspect of the idea pointless). But the need for someone in the cab (and, in fact, a cab) was highlighted by two incidents last week – a 12 year old girl hit by a train at Brixton and an eight year old boy on the track at Stanmore – which could have been far worse had the driver not acted quickly. LU cites "safety and passenger concerns" as the reason for the change of heart.

Definitely not a driverless train, by Paul Billington from the Londonist Flickr pool