Up To 50,000 London Homes To Be Built On Brownfield Sites

By BethPH Last edited 90 months ago
BethPH Up To 50,000 London Homes To Be Built On Brownfield Sites 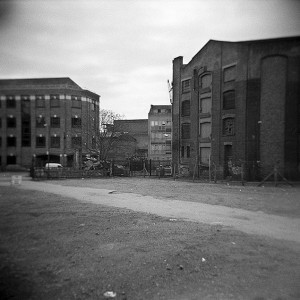 Chancellor George Osborne has announced a £400m scheme to build up to 50,000 new homes on London brownfield sites in an attempt to ease the capital's housing crisis.

The homes will be built on 20 'housing zones', brownfield sites earmarked by councils with some planning restrictions removed to speed up development. The scheme's flagship site will be Enfield Meridian Water in Enfield, but further sites in Poplar, Wandsworth, Southall and Tottenham have been identified for potential building. The big question is how many of these homes will be affordable. It's one thing to partner with developers who want to whack in a load of luxury apartments to be sold to overseas investors for megabucks while providing the stingiest affordable allocation possible. It's quite another to set out to build genuinely affordable homes, or build to rent.

Boris Johnson's Housing Strategy, published last November, estimates that '40% of brownfield land suitable for development in London sits with the public sector, including both central and local government', while identifying the need to make better use of such sites for regeneration. The Guardian's Dave Hill examines the strategy in a bit more detail here. The mayor has been criticised for a shortfall in building London homes. London Assembly Labour Group Housing spokesperson Tom Copley, said:

“Boris Johnson has utterly failed Londoners on house building over the past six years of his Mayoralty. He is currently only building a third of the 63,000 new homes we need in London each year.

“As ever the devil will be in the detail, but the ideas announced today look interesting and we welcome anything that will increase the supply of housing. We need to ensure there are enough genuinely affordable homes that are good quality as part of this scheme, and this must not be compromised if planning regulations are relaxed."

The capital's housing crisis has sparked increasingly diverse proposals for building. Last December, Islington, Camden, Lambeth and Richmond councils lost a court challenge over plans to turn disused office space into flats without planning permission. That particular scheme has come under fire — while the lack of planning permission removes that particular barrier for building, it also means the developers have free rein over the size and number of flats. Crucially, the affordable housing provision previously required under planning proposals is removed. Could we see the same problem with development of brownfield sites? We really hope that someone in the Treasury thought ahead on that one.

Photo by D I C K S D A I L Y in the Londonist Flickr pool.