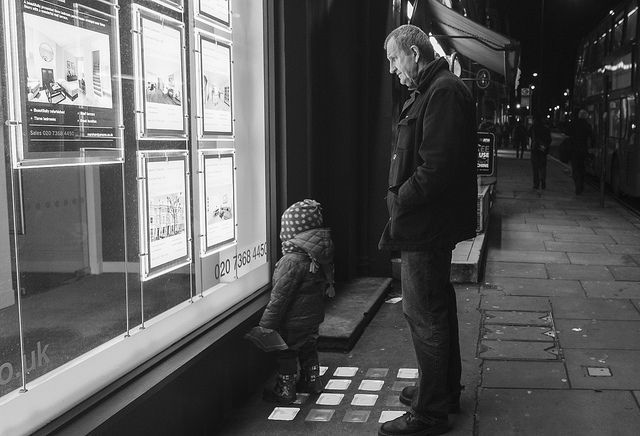 New figures from Rightmove show asking prices for London homes have jumped 16.3% since last year. That's a citywide average — in Tower Hamlets, the increase is a whopping 43.1%.

These are, of course, asking prices, so actual selling prices are likely to be lower. But not that much lower. We know from experience there's so much competition to bag a home, particularly smaller, first-time buyer homes, that people will pay asking price just to get the damn thing off the market before someone else can snaffle it away. Edit: read the comments for people paying more than the asking price. That's it, London, we're calling it: the market is officially screwed.

For a bubble to burst you need a sustained drop in demand, yet agents in the capital report a consistently high level of would-be buyers in markets that are not yet out of reach for Londoners. So while you might describe London’s annual jump of over 16% as being as a result of a very frothy market, it is underpinned by long-term demand and a genuine shortage of housing supply.

We wouldn't describe London's housing market as "frothy", we'd describe it as "insane". Even the new(ish) Governor of the Bank of England, Mark Carney, spent the weekend warning that rising house prices pose the biggest risk to economic stability as people take out larger mortgages, putting themselves into greater debt and the lending banks at risk if the housing market collapses and there's an increase in borrowers defaulting on their mortgages. In other words, a similar situation to what led up to the financial crisis of 2007-08.

The most expensive borough to buy in is still Kensington and Chelsea, with the average home going on the market at £2,391,364, an increase of 0.8% since last year. As well as that royal borough, only Havering and Camden saw increases of under 10% — though Westminster actually experienced a fall of 1.2%. Boroughs with asking price increases of over 20% are Wandsworth, Kingston upon Thames, Hackney, Hounslow, Lambeth, Ealing, Merton, Croydon, Newham — and the aforementioned ridiculous jump of 43.1% for Tower Hamlets, though ITV London does point out the borough includes Canary Wharf, which is undergoing a spate of residential development.

Cheapest borough to buy in? That would be Barking and Dagenham, where the average asking price (for all properties, so your one bedroom flat will be a lot cheaper) is £253,293. But even here prices rose 13.7% year on year. We keep saying it's unsustainable, but the demand still seems to be there from Londoners and foreign investors. But, still, surely, this is unsustainable?