One In Four London Households On Housing Benefit 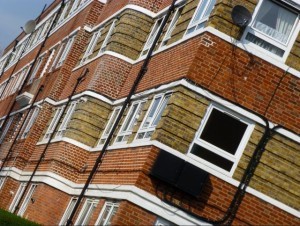 One in four, or about 843,000, London households currently receive housing benefit to help them pay their rent, says a new London Assembly report.

The housing benefit bill for London in 2012-13 was more than £6bn and claims have risen by over 100,000 since 2008. It's not surprising the government wants to get a hold of rising costs, but the report describes how nearly half of all households in the UK subject to the overall benefits cap have been in London. This is primarily down to our higher housing costs. Londoners in social housing have also been disproportionately affected by the 'bedroom tax'.

It's hard to work out exactly how Londoners are being affected. Discretionary payments have softened the immediate effect of welfare reforms, and data indicate that households in similar situations react differently to the cuts. But cross-London tracking is made more difficult by the fact that City Hall admits it isn't monitoring the impact of reforms on London and the Mayor's Housing Strategy.

Some effects are apparent, however. One is that private rents are increasingly out of reach for people on housing benefit — who, let's not forget, increasingly include households in work, as well as pensioners and disabled people. We've seen this ourselves, when we looked at where a family on a low income might be able to afford without resorting to benefits (clue: hardly anywhere). It's not just whole flats, either: if you're on your own and under 35, you're only eligible for housing benefit for a room in a shared house. Yet, when Crisis recently looked at shared rooms available in Lewisham, it found only six in the entire borough that were affordable under benefit caps and that would be let to people receiving housing benefit.

Which brings us onto another major issue: private landlords increasingly don't want to rent to tenants on housing benefit. As fewer Londoners can afford to buy and the private rental sector explands, there's an increasing pool of tenants in higher paying, more stable jobs for landlords to choose from, whose ability to pay isn't potentially being affected by benefit caps. About a third of London's housing benefit claimants currently live in private rented accommodation.

In addition, landlords are wary of the government's intention to pay housing benefit direct to tenants instead of landlords. Channel 4 News found a trial in south Wales led to tenants spending the rent money on other things; the Assembly report says another pilot in Southwark led to 9% higher rent arrears in council properties. We've also spoken to housing association representatives who report conversations with tenants saying they won't spend the rent money on the rent. With so many Londoners on housing benefit, this policy is a disaster waiting to happen in terms of both reality and landlords' perception.