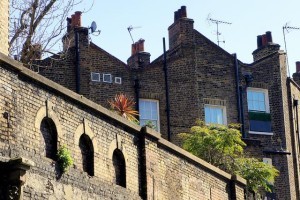 Is this more evidence of housing benefit recipients moving out of inner London? Figures worked out by the London Green party show a fall of people claiming housing benefit in the private rented sector in the inner boroughs, and a rise in outer London.

The latest figures on housing benefit are from August 2013. Comparing claimant numbers to August 2011 (housing benefit caps for private renters were introduced in April 2011; it took several months for the changes to filter through to everyone), an area the Greens are calling 'inner West' (Camden, Kensington and Chelsea, Hammersmith and Fulham, Wandsworth and Westminster) saw a drop of 4,739 private renters claiming housing benefit, or 16%. The belief is that soaring rents are making it impossible for some Londoners to continue living where they are, and they're having to move.

Between January 2011 and January 2013 an extra 58,000 London households started claiming housing benefit, two-thirds of whom were in the private rented sector. (Why? Hard to say exactly, but we can take a stab at rapidly increasing rents and economic stagnation affecting jobs.) Over the summer London Councils produced a report showing that the number of people in inner London claiming housing benefit had fallen for the first time, while claimant counts in boroughs like Barnet, Enfield, Croydon and Brent went up by at least 8%.

Why is this a problem? Well, apart from the principle of a mixed city, bunching more low income Londoners in outer London puts pressure on local services like schools and doctors, council tax benefit reserves and the general effect on prices at the lower end of the housing market. Green Assembly Member Darren Johnson said:

Now more than 5,000 households have left inner London, the Mayor has to admit that benefit cuts are making parts of London no-go areas for people on low wages and seeking work. They are already off limits to people on average incomes. The Mayor has to lobby against this, otherwise we will become a segregated city like Paris.

*We gave 2009 figures to illustrate the scale of how many Londoners have started claiming housing benefit in recent years; more than 66,000 private renters are claiming benefits now than in 2009.

Photo by Leslie Archard from the Londonist Flickr pool