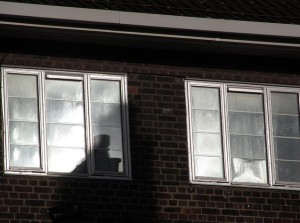 We've recently been sent three new studies that reinforce what a mess London's housing situation is in, particularly if you're on a low income.

A Joseph Rowntree Foundation report on poverty and social exclusion covers the whole of the UK, and notes that median incomes have fallen over the last two years, pushing the measurement of poverty down (you're in poverty if you earn below 60% of the national median income), so just because the 'poverty rate' is the lowest since 2004/05, that doesn't mean people are suddenly better off. Ah, statistics. Nationally, around half of households in poverty have at least one adult working, the proportion of low paid jobs is rising and while there are 100,000 fewer underemployed over the last year for which we have figures, that's still more than five or ten years ago.

When it comes to London, Real London Lives is a project from 15 of London's biggest housing associations with research done by the University of York, which aims to give a voice to people living in housing association homes. They've found that 79% of their residents have jobs, but low incomes mean 60% of these need housing benefit to help with the rent. (And let's not forget that housing association rents are lower than private rents.)

One in ten Londoners live in a housing association home, and 43% of those who are subject to the spare bedroom subsidy, or bedroom tax, find it a constant struggle to keep up with their bills. Even of those who haven't had their housing benefit reduced since April, 25% find it hard to pay their bills. The website also has a section dedicated to real Londoners and their stories.

Then we come to the National Housing Federation (NHF), representing housing associations, whose report Home Truths doesn't pull its punches.

With house prices set to rocket by 35% by 2020, an entire generation will be locked out of home ownership forever and be forced to rent for life. A stable and affordable rental market would ease the pressure and be a good alternative, but England's housing market is broken... The dysfunctional housing market is having severe financial consequences for the taxpayer.

Across England, 310 people a day are having to claim housing benefit to keep up with rising rents. In London since 2009, there's been an increase of 110% in working people claiming housing benefit and a fall of 2.1% in unemployed people claiming the same. Even more terrifyingly, the NHF believes average house prices in London could reach £647,500 by 2020 (it's £452,400) now, and that rents could rise by 24%-33% by 2020, taking the average London rent to £22,249 a year, up five and a half grand from current figures. You do the maths.