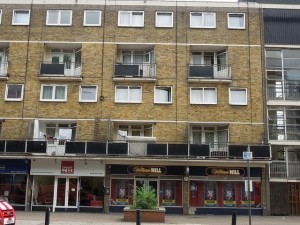 Over the summer we sat down and worked out whether it was possible to live in London on a low income without benefits. We discovered it was technically do-able with two wage earners so long as our fictional family managed to get one of the cheapest flats in London. However, with 750,000 Londoners earning less than the London Living Wage (LLW), that's a lot of people chasing cheap property, and we've already looked at why low earners all moving into the same areas isn't a good idea.

Now, six months on, the minimum wage and LLW have gone up; but so have energy bills and rents. So we wondered: have things got better or worse for our fictional family?

A quick recap of our method (for the full explanation see the original article). We're basing the calculations on a family of two parents and two children who are of convenient enough age and gender to share a room. We're also working on the basis that these children are either in school or have family nearby to take care of them (childcare is so expensive it would easily wipe out any gains from a second paycheck). We found the cheapest energy and other utility deals apart from water, where we've used our own bill.

We've factored in monthly travelcards, child benefit and £80 a week for food, because these are fairly standard; we haven't budgeted for clothes, shoes, treats etc because these vary from month to month and person to person. We also assumed that jobs were in zone 1 – we know that there are jobs all over London, but again we're aiming for simplicity. Then we looked on Zoopla for the cheapest two bedroom flats in certain areas (discounting obvious outliers).

What we found immediately noticeable is that rents in many areas have gone up by £50-£100 a month since June. The increase in the LLW is about £45 a month before tax – rent increases over six months have, in some cases, outstripped the LLW increase over a year. As before, we're finding that it's impossible to support yourself without help on only one income, minimum wage or LLW. Though realistically with two LLW wages it's a push. With these figures it's not surprising that the evidence suggests a movement of low income Londoners to the outer boroughs.

(For reasons we don't understand, we're coming up with different figures for income now than when we did this in June. We use The Salary Calculator to work out take-home pay and HMRC for child benefit, but we're getting lower total net income than we did previously.)

So, where can they afford to live?
These were the cheapest two bedroom flats we found in the following areas:

Outside London
Milton Keynes from £675pcm
Monthly travel with travelcard £528

Photo by Past London from the Londonist Flickr pool