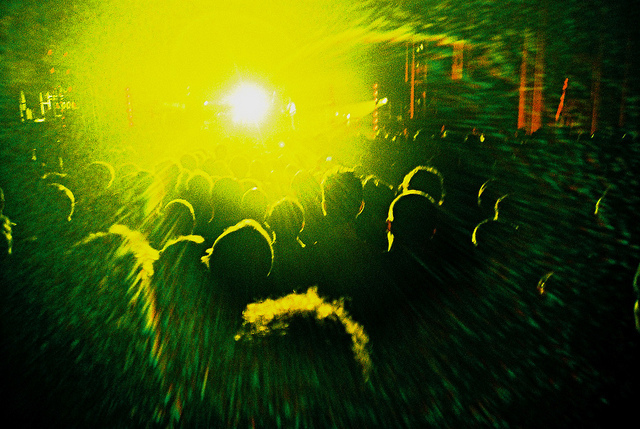 Continuing our series of short fiction set in, or influenced by London. This week, Rhuar Dean on gig-going in Brixton.

Hit in your soul

Daniel had given up on male health magazines with their endless quick guides to steely abs. He’d taken to Charlie Mingus and drinking scotch instead. It felt bad, things were slipping: he wasn’t performing at work; his desk was a mess. The world looked worse to him each day but he was searching for a way to make it better and sometimes that searching felt good.

He could still remember a conversation with his mother seven years before. ‘Acting school is for pot smoking drop outs.’ Well, maybe that’s who he was. Law school had felt wrong from the day he started. The sunlight through his office window spiked his hangover but when he closed his eyes the warmth on his face felt like stage lights. He slipped down in his chair in blissful nostalgia, long enough to be caught napping by his boss. She looked down at him, disappointed, expectant.

“I’ll get it to you today,” he said when he opened his eyes.

At seven o’clock he slipped past her office and left the memo on her chair. He dived out before anyone could catch him and, spurred by a mad Mingus pantomime in his earphones, he made it to Brixton to meet his friends, Paul and Adam.

A lawyer, an accountant and a management consultant: glorious men in their prime. They ate overpriced pizza and drank cold artisan beer in anticipation of the Prodigy gig they had tickets for. Daniel looked on, not quite able to catch the hype of the other two. He had organised the event. It was the first gig they’d been to together in years. He knew that his friends had been told by their wives that they should ask him to get help. But they wouldn't. They were too excited. It felt too much like the good old days, like being young.

His pulse jumped momentarily as he crossed the threshold of the Academy and again when he opened the swing doors to the main theatre. But the queue for the cloakroom, then the toilet, then the beer. The nowhere to sit; the weakened anticipation. All of it had him thoroughly frustrated as he stood listening to the dub step support and tried to work out just what it was the kids liked about it.

He went for a tactical piss as the act drew to a close. Then Daniel and Adam followed Paul, a man mountain, through the crowd to a suitable spot — not too far in: elbow space was important. And then the Prodigy came. Industrial prowess sprawled over a drum and bass landscape. Someone careered through the crowd and bounced off Daniel’s back and he was away: bouncing and knocking and hugging and looking up. Come play my game I’ll test ya. He drowned his beer and screamed wildly at his companions as the first song came to an end.

He watched Adam and Paul pick up the hype and smiled as they broke along with everyone else into a strobe rhythm, their fleeces around their waists. Come with me to the dance floor!

Daniel didn’t see the dealer coming, he just heard him in his ear. MDMA? Coke? He knew he shouldn’t but it felt like an inevitable step in the direction he’d been travelling. After all, the gig was full of old memories. The drugs added extra tension, even before they had kicked in. What you gonna do when the hounds are calling? He wasn’t sure. He didn’t tell his friends about the MDMA.

The thud of the beat began to well up in his chest and he felt like a dart spiralling up and up on a whirlpool of sound. The set built and he lost track of himself for a while. Then he heard the throb of a familiar intro and turned to look for his friends. Change my pitch up. Smack my bitch up. They screamed it at each other and set off again, Dan more frantic than the others. When the song slowed and Shahin Badar’s vocals came in over the music he began to well up with tears of joy. Conscious of his heightened state, he manoeuvred himself away from his friends to where he could cry more freely.

"You alright mate?" Someone asked him.

"It’s just so fucking good," he shouted back, wrapping his arms around the stranger and sharing his sweat.

At the end of the gig he bounced out and away. On the bus home he got into an excited conversation with a stranger who was just as high. They lost track of time and found themselves at the bus depot at the end of the route. It was 4am before he made it home. He danced around his living room to the same songs he’d just heard live until he finally fell asleep on the sofa.

The next morning his alarm went off like a nail bomb. The world was not any better.

Copyright, Rhuar Dean, 2013. Rhuar Dean is a poet, writer and occasional journalist based in London. His work has appeared both online and in print. More information, including links to other stories, is available on his website.  Image by Grant Wilkinson in the Londonist Flickr pool.