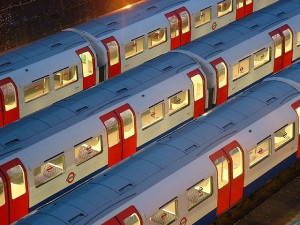 Transport for London is at the heart of a number of stories today, most of which revolve around cash. Today's comprehensive spending review has cut the central government grant part of TfL's funding by 8.5% for 2015-16; that's around £1.6bn for the year which the BBC's Tom Edwards calculates as a £220m cut. Long term, TfL's future funding is uncertain, though Chancellor George Osborne did commit to a £9bn capital budget for the Mayor of London to 2020.

What does that mean? Probably more fare rises, and we're still unsure where the money for the grand Cycling Vision is going to come from. However, the Chancellor did announce that a £2m feasibility study for Crossrail 2 will go ahead – the first step for the proposed line. And, rather excitingly, TfL is to take over West Anglia suburban rail services, leaving Southeastern commuters cursing Kent council and thinking about what could have been. There's also a commitment to electrify the Gospel Oak-Barking line, with a future hope to extending it out to Barking Riverside.

All this comes on the same day TfL released its annual report which showed massive bonuses paid to top TfL management in return for the Olympics not being scuppered by transport nightmares. We can probably all agree that TfL worked miracles in keeping London moving during the Games, but was it worth a total of £319k for Transport Commissioner Sir Peter Hendy, and £163k for London Underground MD Mike Brown? Particularly when ordinary workers had to threaten strikes to get bonuses of less than £1,000.

Green Assembly Member Jenny Jones points out that there are 83 TfL employees earning more than £150k (though this is down from 98 the previous year) – that's more than 10 times the London Living Wage. She had this to say about the wage gap:

Peter Hendy and his team did a fantastic job with the Olympics. But the Mayor and the London Assembly have been clear that huge pay gaps are bad for society. The Mayor should be trying to reduce the gulf between senior managers and the staff who run our buses, trains and roads.

Labour's Val Shawcross made a comment about TfL's efficiency, rather prescient given the later funding cut:

It is time Boris got serious about managing public money responsibly. Londoners pay their taxes, which are used to subsidise TfL, and then are forced to pay more each year for their fares, all because Boris is not managing TfL efficiently.

The Assembly Conservatives focused more on what TfL could do to be more efficient, though this largely consisted of bringing up favourite old chestnuts like driverless trains (they're not driverless), tube sponsorship and banning strikes.