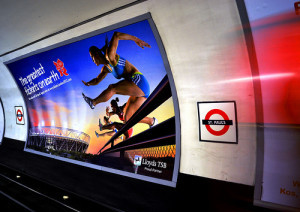 Boris Johnson's dream of a strike-free Olympics is looking increasingly perilous as the National Union of Rail, Maritime and Transport Workers (RMT) announced a formal dispute over bonus payments for staff during the Games.

Holiday is also a bone of contention — the union say they are 'appalled' at attempts by TfL to restrict planned leave during the Olympics — and inevitably are planning to ballot for strike action.

The news that DLR staff are set to get £100 per week during the Olympic period while Network Rail staff and London Overground workers promised £500 and £600 respectively won't have done anything to ensure that the RMT agreed an offer of a flat-rate £500 from London Underground. RMT general secretary Bob Crow said:

“RMT reiterates our stance that all grades of transport employees are entitled to a decent financial reward for their efforts transporting huge numbers of passengers during the Olympics and are entitled to take leave during the summer. Working conditions and important agreements should not and need not be attacked in order to facilitate Olympic running.”

Boris Johnson's notorious refusal to deal with the RMT is one of Ken Livingstone's favourite sticks to beat the mayor with and the threat of tube strikes during the Olympics (because let's face it, Bob Crow would never miss an opportunity like that) on top of the disruption already scheduled isn't going to do Boris any favours come election time, despite the oft-repeated promise of driverless tube trains in his war on strikes.

Photo by pallab seth in the Londonist Flickr pool