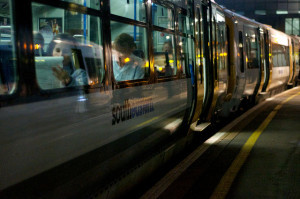 Dreams of having some metro rail services run by London Overground look to be slipping away, faster than you can conjure expletives at the announcement "This train will be formed of four coaches" during rush hour.

Boris Johnson started work on bringing parts of the rail network into the Overground family – which, in practice, meant starting with Southeastern and Greater Anglia as both franchises were due to expire in 2014 – back in February 2012 and it was looking promising. Boris Johnson told Caroline Pidgeon on 30 January this year that he was "expecting a result in the nearish future", and TfL was looking towards April 2013 for some kind of devolution proposal. That, clearly, hasn't happened. Instead, at the end of March the franchises were extended: Greater Anglia to 2016, Southeastern to 2018.

TfL is still hopeful but it seems the Department for Transport, and Minister Patrick McLoughlin who took over last September, is increasingly lukewarm. Whether this has anything to do with the Conservative-led Kent Council calling any proposal that might reduce services from the county "totally unacceptable", we wouldn't like to speculate. But last Friday City A.M. was saying the Mayor is losing the argument. This comes at the same time the DfT is considering cutting TfL's budget by 30%, and that London is likely to miss out on getting anything from the government's £3bn infrastructure fund. We'll keep you posted.