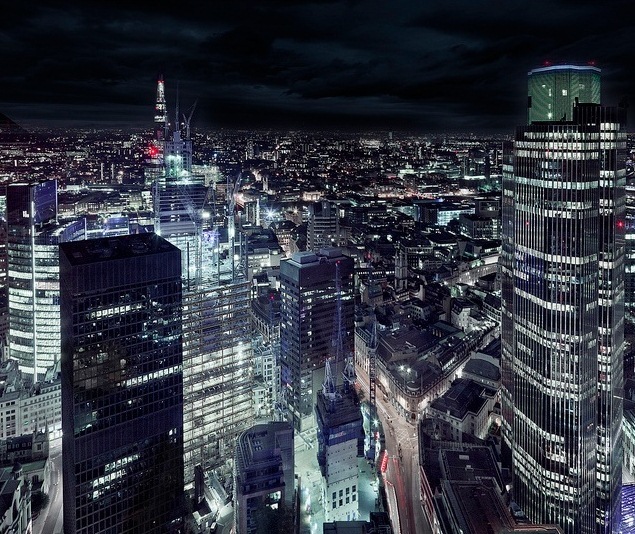 In the last of our series on London’s financial markets, we look at the bond market and its history in the capital.

Commonly known in financial circles as the fixed income, credit or bond market, it's based on a pretty simple premise — IOUs. Imagine you want to buy a new car but you haven't got enough spare cash lying around, so you go to your bank and ask for a loan. The bank will lend you £5000 repayable over a fixed term, say five years, at an interest rate of 6%. That interest rate is the bank's income on the money they have loaned to you. So after five years, the bank has their money back plus the 6%.

It works more or less the same way in the financial markets — an organisation (such as a government or corporation) will issue a bond and the buyer of that bond undertakes to lend a sum of money to the issuer, who will promise to pay the buyer the face value or principal of the bond when it matures as well as interest (known as the 'coupon') during the loan period. They're generally considered to be more stable and less risky than some other financial instruments as they're a longer term investment.

Trivial bond fact: The interest is called 'coupon' because before everything went electronic, paper bond certificates were issued which had coupons attached to them. On the date the interest payment was due, the holder of the bond would hand in the coupon to a bank in exchange for payment.

Unlike equities, the majority of bond trading happens OTC (Over The Counter) between broker-dealers and institutions by phone or electronic trading, so there's no physical exchange as such. A broker-dealer is effectively a middle-man between buyer and seller, though they do sometimes trade for their own account. Bonds can be bought and sold at any point up to maturity. They're split into categories according to the maturity, so 'bills' mature in less than one year, 'notes' mature in one to 10 years and 'bonds' mature in more than 10 years.

As with every other financial instrument, market sentiment is a key factor in pricing and liquidity of bonds. You may have come across the terms 'bear' and 'bull' markets — a bear market is pessimistic and believes prices will fall, a bull market is optimistic and believes prices will rise. If you want a really clunky mnemonic for that, we were once told to imagine bear claws pulling everything downwards and bull horns pushing everything upwards.

If you're in the market for some bonds, you want to know that the issuer is good for the cash, right? The big three for investing in bonds are credit risk, where the issuer could default on the loan; liquidity risk, where investors may be unable to sell the bond to someone else; and foreign exchange risk, where exchange rate fluctuations affect the bond's value. These can be mitigated against by credit ratings. An organisation (or government) is given a rating based on their credit worthiness and the likelihood of their defaulting on the loan.

There are several credit rating agencies in the financial industry, but probably the best known are Standard and Poor's, Moody's and Fitch. The better your rating is, the more solid your bond issues are considered to be and therefore better value. Countries issuing government debt are also given ratings — just to give you an idea, in May this year, S&P rated the UK as AAA which is the best rating while poor old Greece got D for Default.

Who issues, buys and sells bonds?

Sovereign governments will issue bonds to cover a shortfall between tax revenues and spending, usually for long-term funding.The UK is a sovereign government and our bonds are known as 'gilts' or 'treasuries' because they're backed by the the country's treasury. Local authorities can also issue municipal bonds, known as 'munis'. Last year, some councils got themselves credit ratings in preparation for issuing their own munis to raise money for infrastructure projects. Supranational authorities like the International Finance Corporation (IFC) will issue bonds to fund lending to developing nations. Lastly, corporations use bond issues to provide funding for their operations.

Bonds are bought and sold mostly by institutions such as pension funds, insurance companies and banks as part of their investment portfolio — institutions use a variety of different financial instruments to hedge risk or take advantage of fluctuations in the markets.

Another bit of bond trivia: In films, the baddies sometimes demand bearer bonds in exchange for not blowing something up. This is a bond certificate issued without a holder's name on it, which means that anyone who happens to be holding the certificate in their hand owns it at that time, making it the financial instrument of choice for money laundering and tax evasion.

Why it all went horribly wrong

So, prior to 2007, you might remember a golden era of housing booms, mortgages being given to pretty much anyone who asked for them regardless of their ability to pay the money back, and western civilisation generally being awash with cash.The Clinton administration wanted to make housing more readily available to the low-paid (sound familiar?), so the government put pressure on banks to make increasing numbers of sub-prime loans (loans made to borrowers with a high risk of default). Obviously, the banks were quick to realise they could turn a healthy profit from all this lending.

Collateralised debt obligations (CDOs) were used to package sub-prime loans, turning them into a tradable instrument in their own right and these were incredibly complex. Banks realised that the risk associated with these instruments was extremely high but sold them regardless. In the UK, lax regulation meant banks over here were quick to get in on the action while Gordon Brown's government embarked on a drive to boost public spending. He'd also sold the UK's gold reserves in favour of investing in intangible assets, or in other words, financial instruments peddled by the banks.

Next, Northern Rock's attempts to pay off its debt by reselling customer mortgages in the markets were stymied by falling demand for those mortgages. It turned to the government for financial aid, which sparked fear that it would go under leading to a run on the bank. You may remember the queues of panic-stricken savers at Northern Rock branches trying to withdraw their money.

Then in 2008, the US government bailed out Fannie Mae and Freddie Mac, two major firms which had guaranteed many of the sub-prime loans. Investment bank Lehmans went bankrupt just afterwards thanks to over-exposure to the sub-prime market, making people realise that things were actually pretty serious and the BBC's Robert Peston was here to stay. The UK's largest mortgage lender, HBOS, was forced into a merger with Lloyds TSB when its share price collapsed, then a further two US banks, Washington Mutual and Wachovia also went bankrupt.

With the UK banking industry also on the brink of catastrophe, the British government bailed out Royal Bank of Scotland, Lloyds TSB, and HBOS bringing them under state ownership. Greek government debt went into default the following year and the country was bailed out twice to try and prevent its exit from the Euro. 2012 has been the year of the Eurozone crisis — check out the BBC's guide here.

This timeline is vastly simplified, mainly because the whole thing has been covered extensively everywhere else, but it's a brief explanation of how a global financial crisis evolved out of a combination of poor regulation and misuse of the credit market.

London and the bond market

Like many of the other financial markets we've talked about, London was where it all started for bonds. The first ever government bond was issued by the Bank of England in 1693 to raise money to fund a war against France. Fortunately, we're not at war with our Gallic friends these days, so money raised through government bonds can be put to other use — last year, the GLA made use of the financial markets for the first time in 20 years to raise £600m for Crossrail.

London is also one of the leading centres for international bond trading with around 70% of secondary market activity. If you're wondering about how that fits into the big picture globally, in 2010, the amounts outstanding on the global bond market totalled $95 trillion. In fact, the bond markets are considerably larger than the better-known equities market which comes in at $55 trillion.

The financial industry is often a bit of a closed book to Londoners, despite being an integral part of the city's (and the UK's) economy. It's complex — even for people actually working in it — and sometimes less than transparent due to the way sections of the markets operate outside of exchanges. It's also suffered from a poor perception and a general lack of understanding of how the markets work, 'greedy bankers' portrayed as ruining the economy while lining their own pockets. As we've pointed out in previous installments, banks don't exist in a bubble. Like any other large industry, they rely on thousands of smaller businesses providing a vast array of services to operate. London has maintained its place as a major global financial centre precisely because it has done such a great job of attracting and developing the people the City needs to keep its heart beating.

Photo by Ninoslav Vrana in the Londonist Flickr pool.

Previous installments in the series: