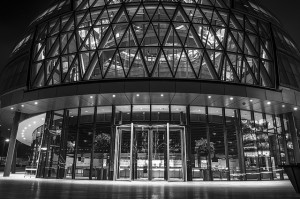 We're sorry, but our report from this month's Mayor's Question Time is going to be quite similar to last month's. And we're willing to put cold hard cash down that next month's will also be along the same lines. The reason? There are cuts and closures coming – various options to meet various savings requirements in the police and fire service are being debated within those two emergency services, but until the official draft budget is released (at the end of the year), Boris Johnson won't countenance those options being discussed at MQT.

There is a certain logic to this. Already for the fire service we've had talk of lists of 17 fire stations to close; now it's 31 and 36 appliances. There was a list of safe stations; we found out yesterday that since there are no firm proposals, there's no such thing as a station definitely safe from closure. Rumours of police station closures have been similarly swirling. But none of this is certain, all is still up for debate, and on one level it's unhelpful and creates unnecessary concern for residents when unfinalised plans are aired in public.

On another level, it smacks of smoke-filled rooms when our elected representatives can't properly get in on discussions about changes to public services. The Fire Brigade and Metropolitan Police clearly know their organisations better than anyone else, but Assembly Members are there to represent our interests. By the time proposals are set before the Assembly, decisions will have been taken and options weighed and discounted; to cut AMs out of that process is to deny all of us a voice in the essential services that are there to protect us. Some information is getting through, though in an unco-ordinated and ad hoc way. So here's what we heard yesterday: fuck it, let's rumour monger.

Andrew Dismore has been told that Albany Street, West Hampstead, Hampstead, Barnet, Whetstone and Golders Green police stations will definitely close, and that the only room for discussion is where the replacements will be. The current proposal to replace the contact point for Hampstead is a four hours a week 'front counter' at Costa Coffee in Highgate. Golders Green may be replaced by a desk at the Safer Neighbourhood Team on Fridays and Saturdays, which will be useless to the area's Jewish community. Tottenham is set to lose its 24 hour station. While Boris makes a good point that we shouldn't fetishise bricks and mortar, given what happened last summer we think Tottenham could do without having police presence scaled down and we don't know about you, but we wouldn't be all that keen to chat about our personal safety fears or experience of crime in the middle of a coffee shop. Also, we were fascinated to hear how the Met's plan to cut jobs isn't a proposal yet, despite being announced in a press conference on Monday.

On fire cover, John Biggs is concerned that Tower Hamlets, a borough with high levels of call outs, is currently slated to be on the end of some of the highest levels of cuts. (Boris responded with an answer about the cable car; he seemed bored.) Belsize Park is down for closure on every version of the (current) proposals. Fire stations in and of themselves aren't that important; it's how fast an engine can get to a fire that counts. But here, too, there's room for concern. Andrew Dismore revealed a recent document which says even though target response times would be unaffected by the changes, actual response times would all be worse than now. Gareth Bacon pointed out the document says modelling is incomplete, which leaves us none the wiser.

Some of this may happen, none of it may happen. But something will happen and the Mayor doesn't want to talk about it. With the fire service he says it's all down to LFEPA – he keeps referring to Assembly members on LFEPA and saying it's their decision – putting as much distance as possible between himself and what's bound to be a seriously unpopular move. Which handily forgets that a) LFEPA is only trying to work out what to do with the £50m budget cut handed to them by the Mayor and b) it's still Boris's watch.

With the police, Boris says the Assembly will get to discuss it when the proposals are out, presumably January. Here's an idea: let's discuss it now, let's get in on some of the more outlandish ideas and make sure they're taken out the back and killed before accidentally becoming part of a fait accompli document in the New Year.

Believe it or not, other issues were raised during the session. Boris told Darren Johnson that he's meeting the South London Health Trust administrator to talk about proposals to close Lewisham A&E, but wouldn't commit to backing the campaign to save it. Gareth Bacon raised the idea of emergency services sharing resources, which might be a sensible way to deal with budget cuts if competing fiefdoms can be dealt with. There was also an incredibly long discussion of the Lea Valley Regional Park subsidy and a bizarre exchange about the retention of DNA on police databases, which swung back and forth between it being a good and bad thing and seemed to imply Stephen Lawrence's killers were caught because of it.

You can watch Mayor's Question Time yourself via the archived webcast, or see it in person next month. Alternatively, the next People's Question Time is 12 December in Stratford. Tickets are free. Photo by akirbs from the Londonist Flickr pool.