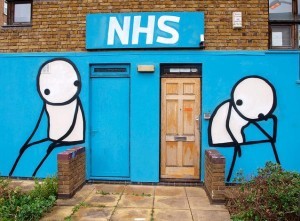 Lewisham Hospital is set to lose its A&E and possibly its maternity department in proposals to sort out the financially battered South London Health Trust (SLHT).

SLHT, which covers Queen Elizabeth Hospital in Woolwich, Princess Royal University Hospital in Orpington and Queen Mary's Hospital in Sidcup, went into administration earlier this year after PFI debts dragged it down. The administrator has published a report recommending the trust be split up and re-organised, yet for some reason it's Lewisham – nothing to do with SLHT – that takes the brunt of closures.

Lewisham A&E, only re-opened six months ago following a refurbishment, would be downgraded to an urgent care centre, much the same as currently runs at Guy's and Queen Mary's. It's for broken bones, burns, minor illnesses – nothing that's likely to kill you. Trauma patients would need to go to Woolwich or Kings College Hospital in Denmark Hill.

This is a similar situation to what's happening in north west London, where nine A&Es are being 'rationalised' (ugh, sorry) into five. There are arguments for and against: Dr Onkar Sahota, London Assembly Member for the area and NHS doctor, explained to us in July that closing a hospital A&E is the first step in the eventual downgrade of an entire hospital into a fancy outpatient clinic. Yet concentrating services can save lives; at the moment, Londoners going to A&E on a weekend have a 10% greater chance of dying than on a weekday. This is because it's harder to staff hospitals on weekends – putting all your services in one basket means more available cover.

However, south east London isn't exactly overburdened with acute care centres in the first place. The boroughs of Lewisham, Greenwich, Bexley and Bromley have three A&Es between them after Queen Mary's was turned into an urgent care centre a few years ago and patients split between the remaining hospitals. Queen Elizabeth and the Princess Royal have been struggling to meet standards for A&E waiting times as it is (the report says this openly and the Save Lewisham Hospital website has got hold of a letter from Queen Elizabeth saying that on some days, 20% of patients are having to wait more than four hours to be seen). We can't imagine how closing Lewisham is going to help, particularly as the population of SE London is expected to grow by 100,000 in the next five years.

Maternity care for complicated deliveries could also vanish from Lewisham (seeing how there wouldn't be critical care facilities on site), though a stand-alone unit could be created.

The preferred option for the Princess Royal is that it would be taken over by King's College Hospital, but there is the possibility that private companies could be allowed to bid to run services. Guy's and St Thomas's, as well as Circle, Serco and Virgin have apparently expressed interest. Queen Mary's would become a 'campus' owned by Oxlea NHS Trust to provide day treatments (see Onkar Sahota's warning about what happens to a hospital after its A&E goes). Various buildings and sites in Bromley and Bexley would be flogged off.

At the moment these are draft recommendations, the consultation opens on Friday. But protests and petitions seem to have had little effect in north west London, not even moving the Mayor to act, and this may be a fait accompli.