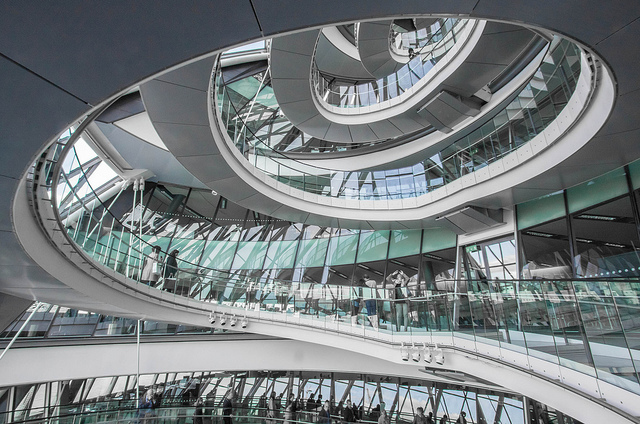 Yesterday's Mayor's Question Time was a funny one. Funny peculiar, we mean. We came away wondering just who, if anyone, has oversight of everything that happens in London.

Let's start with the plans to close four accident and emergency departments in West London. Onkar Sahota, who was elected on a platform of campaigning against the closures, asked Boris Johnson what representation had been made from City Hall on behalf of Londoners to the consultation process. Boris's response was that no representation was made, he was happy to take the word of NHS London that there's no risk to Londoners' health, that politicians should stop jumping on the bandwagon of campaigns like hospital closures and City Hall doesn't have a remit for the NHS or the resources to second guess NHS London anyway.

There's a lot to unpick here. Firstly, Boris did what he generally does when rattled, and went on a personal attack. To accuse Onkar Sahota, a lifelong NHS doctor who lives locally and has worked in Ealing Hospital, of bandwagon jumping for political gain is an enormous slur. (This also might be a good time to remember that Boris himself has not been averse to making pre-election visits to threatened hospitals.) Further, although the Mayor has no control over the NHS he does have a responsibility for the health and well-being of Londoners, so you would expect City Hall to take an interest in the reorganisation happening in West London. The Mayor doesn't have responsibility for tax, the EU or education but that hasn't stopped him getting involved; and if there's no resource for looking into the A&E proposals, how come there's resource for a big commission on aviation?

The A&E changes aren't straightforward. On the one hand, there's the prospect of these four hospitals becoming little more than glorified outpatient centres (in a nutshell: when an A&E goes, patient referrals go elsewhere and specialist doctors follow them). On the other, there's apparently some evidence that centralising A&E units can increase survival rates (we say apparently because that Telegraph article doesn't cite a source; but we've spoken to statisticians who say there's some merit to the basic logic). In the face of two differing clinical opinions, would it not have been wise to run the proposals past a few independents? Or at least submit a representation of standards that City Hall expects to be maintained? Well, Boris seems not to know if even that happened.

Let's move on to cuts to the police budget, station closures and management restructures. Joanne McCartney, chair of the Assembly's Police and Crime Committee, has been pressing for answers on these subjects for some time. It seems she's barking up the wrong tree because Boris doesn't know anything. Has he seen the suggested list of police station closures? No. Will he publish it? No, because even though he hasn't seen it he knows it's not at a stage for public consumption. Has he seen the Met's proposal to merge some borough commanders, a document which Joanne waved at him? No.

It seems as if Boris is the only politician in London not to know what's going on. A number of Assembly Members said that local police commanders are briefing on closures and changes – not in a leaking way, but presumably because they think local elected representatives have a right to know what's going on. In the words of Val Shawcross, "information is seeping out sideways" while Assembly Members are finding it very hard to get information from official channels i.e., the Mayor's office. But instead of giving answers or promising to find out, Boris used another favourite method of avoidance; repeatedly talking about his plans for getting 2,000 more officers on the streets (even though Jenny Jones keeps pointing out that cuts will make this difficult) and how crime is coming down.

What about the fire service? As we saw earlier today, there's a document circulating with a preferred option to close 17 of London's fire stations. Surely Boris has seen that? Yes. Or no. "I'm trying to think if there were closures on the list I saw." Fair enough Boris, it's not like this is important or anything. Anyway, he's not that bothered because as he's said time and again, it's down to LFEPA to decide what cuts are made where. Which is a handy way of distancing himself from unpopular decisions and rather ignores the fact that LFEPA can only work with the budget allocated to them by... the Mayor.

You may be able to guess what Boris did instead: yes, instead of dealing with the questions he repeatedly praised the performance of London's fire service. This has the effect of making it look like those trying to get answers from him don't care about the excellent work of the London Fire Brigade, which is ludicrous. If Assembly Members have concerns, surely the best thing to do would be to seriously engage with those concerns, rather than batting them away? Londonist's own Twitter replies indicate the level of public concern over fire station closures, news of which has been dribbling out for weeks. It may well be that shuffling vehicles around can be done without affecting response times, but it'd be nice to think the Mayor had taken the time to check.

So, on major changes to London's fire, police and health services, Boris Johnson seems to be a knowledge black hole. He's on a salary of £143,911. Nice work if you can get it.

You can watch the webcast of Mayor's Question Time for yourself, or find out how to be there in person.

Photo by D A Scott from the Londonist Flickr pool