How To Watch Mayor's Question Time 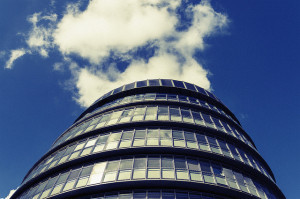 Mayor's Question Time (MQT) is the London Assembly's regular chance to quiz the Mayor, face-to-face and in public, about initiatives he's involved with, decisions he's taken and anything else they want the Mayor to take action on. Anyone can go along and watch and it's a good way to find out (relatively) quickly what the state of London is at any point.

There's an inevitable amount of political mudslinging and backbiting (which can by turns be fun and immensely irritating) but, unlike Prime Minister's Questions, you do sometimes get answers. The next session is this Wednesday 19 September, and questions submitted in advance (PDF) include:

You don't need to apply for a ticket to watch MQT. The session starts at 10am but allow at least 10 minutes to get through City Hall security screening. Walk up or take the lift to the Chamber on the second floor. Grab an agenda, which lists all the questions (often they're not read out and the Chair only refers to the question number, so without the list the answer can be baffling) and also the little leaflet that has the photos, names and party of all Assembly members so you know who's doing the talking. Then just take a seat in the mezzanine around the horseshoe. You can't take food or drink in, but you can go in and out whenever you like. It's all over by 1pm.

If you can't make this session there are three more MQTs this year: Wednesday 17 October, Wednesday 21 November and Wednesday 19 December. You can also attend other sessions and committees: see the full list of public meetings on the Greater London Authority website. There's also usually a live webcast of each meeting (click on the meeting name in the public meeting list) or view the archived webcast later. We'll also write them up for you.