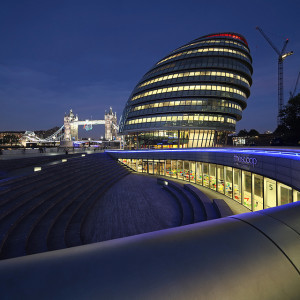 Maybe a residual Olympic glow was hanging over City Hall yesterday, because – whisper it quietly – Mayor's Question Time was practically civil. OK, so Boris Johnson did have a bout of indignant snorting the third time Labour Assembly members referred to his Etonian background, but the insults and accusations we've come to expect were largely absent.

The main talking points included tacit acknowledgement that Boris's election pledge to maintain a minimum of 32,000 police in London has already fallen short (current police numbers are 31,458 because of a recruitment freeze over the summer), and Boris is now clearly backing away from a focus on numbers by answering questions with statistics about the crime rate. Andrew Dismore also pressed the Mayor over potential cuts to fire stations or engines; the fire service needs to cut £65m from its budget but has only found £40m so far. Dismore is, not unreasonably, concerned that the only place left to cut is the service and seems convinced that there's a list of potential closures in someone's back pocket. Boris insists there's no such list and refers Andrew back to the London Fire and Emergency Planning Authority on which he sits.

There was also an extensive discussion around the Mayor's new aviation commission, headed by Daniel Moylan. Boris says the commission will look at all aspects of London's aviation future with the exception of a third runway at Heathrow, concentrating on the three options that Transport for London says are goers: expanding Stansted or the two Thames Estuary models. It also transpires that lucky citizens of Richmond will get their own referendum on Heathrow expansion next May.

Quick facts we learned: Boris thinks there's a good chance of TfL getting at least some control of the Southeastern rail franchise, there are 170,000 planned new homes in London that have all permissions but the developments are stalled, fares absorb around 3% of Londoners' disposable income and it would cost £9m to implement cheaper fares for people who come into work before rush hour.

To finish, here are two Johnson pronouncements that might divide people. In his manifesto, the Mayor promised 200,000 new jobs for Londoners. A debate with Stephen Knight revealed that Boris counts temporary jobs, no matter how short, towards that target. As far as he's concerned a job is a job. And while all jobs add to someone's experience and CV, a job that ends only doesn't help people pay their bills long term. Later, Jenny Jones asked if Boris would support basic healthy eating criteria for World Athletics Championships 2017 sponsors, to which he replied "yes". It immediately turned out that Boris would consider McDonald's a fitting sponsor as they do have some healthy options on the menu and aren't like the local "flash fried frazzfurter dens" on many high streets. Thoughts?

You can watch the webcast of this meeting on the Greater London Authority website.

Photo by david.bank (www.david-bank.com) from the Londonist Flickr pool. Find out how to attend Mayor's Question Time yourself.