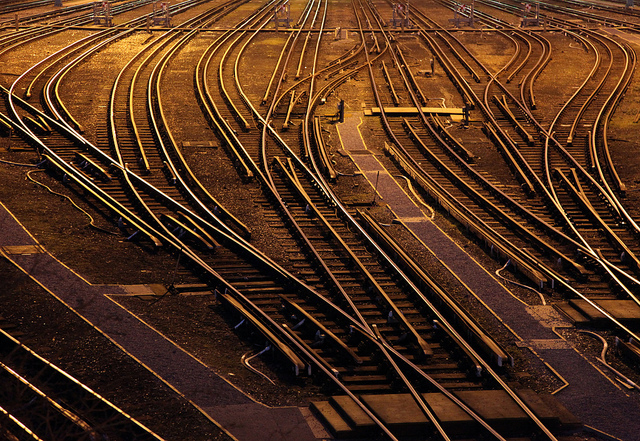 This morning Boris Johnson launched his transport manifesto (PDF), outlining what voters will get if he's re-elected in May.

The main headline is a familiar one: driverless Tube trains, that reliable cure-all for London's transport woes. Boris had already outlined this in an Evening Standard interview a few weeks ago, and we explored the muddled thinking behind it, but the manifesto is at least slightly more realistic, noting that the introduction and extension of Automated Train Control (ATC) will "allow us to move closer to driverless (although not unmanned) trains" within a decade, and vowing that "every train will always have a staff member on board to assist customers". Still, it's the kind of promise that will earn pleasing headlines for a Mayor in an election year without ever being implemented. Christian Wolmar wrote a good post earlier this year about the reasons why.

In another move certain to evince a bellicose reply from the unions, the Mayor also wants a change in the law to mandate a minimal turnout on strike ballots.

Other key pledges from the manifesto:

Inevitably the manifesto is littered with Livingstone-bashing, most of it hanging around the theme that only Boris Johnson can "negotiate with government" to get the best deal for the capital.

The concern for Boris' campaign team is that transport is an area on which their candidate is the weakest, and has the least to show for his four years in power. The opening preamble to the manifesto claims ownership over several projects — the new Victoria line and Metropolitan line trains, for example — that were began by his predecessor. The incumbent has far less to show for his single term, and may be betting that by promising wonders in his second term, rather than letting the public focus on the relatively meagre achievements of his first, he can win the argument.

Full coverage of the 2012 Mayoral election