London Underground To Be Prosecuted Over Runaway Train 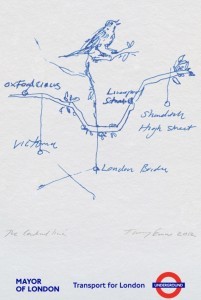 Remember the runaway tube train, the one that broke free at Archway as overnight engineering work finished and careered down the Northern line, coming to rest at Warren Street? Some 18 months after Transport for London's report laid out what happened, the Office of Rail Regulation (ORR) has decided to prosecute London Underground (LU).

There's nothing on the ORR website yet, but we imagine the charge will be for a breach of health and safety legislation (the ORR is currently prosecuting Southeastern under the Health and Safety at Work Act for overrunning at Stonegate in East Sussex). LU is quoted as being "very disappointed" with the decision, pointing out it's already acted on recommendations made in a report from the Rail Accident Investigation Board. The RMT took the opportunity to warn against cuts and potential re-privatisation.

While we're talking about the RMT, it's saying LU is hiring 600 Customer Service Assistants, following cuts of 800 staff last year. These 600 are on top of 300 hired a few months ago. Staff were cut during a reshuffle of ticket office opening hours, but London Travelwatch has discovered plenty of occasions where stations appeared unstaffed. So, if the recent BBC series about the tube inspired you to work on the network, now's your chance.

TfL have also unveiled what the tube map cover will be during the summer. Tracey Emin has, um, scribbled?, a version of her personal commute (Liverpool Street to Oxford Circus, with diversions to Victoria, Shoreditch and London Bridge), turning the Central Line into a branch so a bird can sit on it.