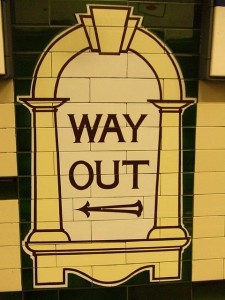 Simply called The Tube (and absolutely nothing to do with Jools Holland) the series follows Underground staff of all flavours, as they go about their merry business.

The debut episode, tonight at 9pm, focuses/unfocuses on how staff cope with inebriated passengers. The show follows hot on the rails of Channel 4's Confessions from the Underground, which, despite a controversial billing, exposed pretty much nothing of note about the network. Annie Mole has more commentary on the opening episode.