By NeilA Last edited 155 months ago
NeilA The Saturday Strangeness 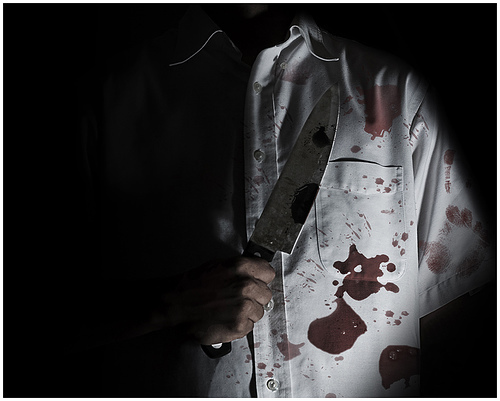 In episodes 29, 30, 31 and 34 I spoke about London's phantom assailants - a variety of elusive rippers, snippers, cutters and stabbers said to have lurked in the darkest corners of the capital, hell-bent on slashing their way through female victims and disappearing into the black of night like ghosts.

I mentioned that one of the first of these sadistic spooks was 'the London monster', who emerged in 1790 and, by strapping blades to his knees, used to jab at the buttocks of his victims as well as stab them in the face by tricking them into sniffing a fake nosegay that disguised a sharp object. And yet before this monster, during the 1680s, another seemingly supernatural predator stalked London. They called him Whipping Tom, and he preyed upon women around Chancery Lane, Fetter Lane, Strand, Holborn and Fleet Street. Although Whipping Tom was an obscure lunatic, his crimes inspired a booklet that emerged in 1681, entitled Whipping Tom Brought to Light and Exposed to View.

Whipping Tom was said to prowl the streets after dusk and accost women, hitch their dresses up and spank them furiously, at times with a metal rod, shouting "Spanko!".

What kind of pervert was this? Such was the stealth of this assassin that those who believed in him felt he was not of this Earth, but an evasive apparition akin to the later Spring-Heeled Jack (whose attacks began in 1837), who seemed to bound away at great speed and height after slashing, exposing and mocking his hapless female victims.

Three years previous to S.H.J. many women were attacked and stabbed in the Clerkenwell area. Their attackers were described as evil-looking and like ruffians, the weapon used was a sharp file. Two men were caught and found guilty of the crimes. Three years after Jack The Ripper's reign of terror in 1888, six women were stabbed in their buttocks in the Kennington suburb. A Mr Colicott was arrested but then released. Proof that phantom assailants are always in our midst but not all get away.