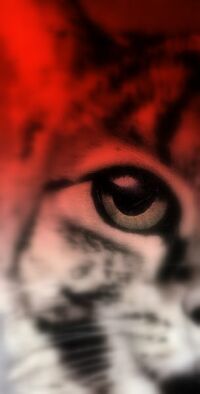 The last two episodes of the Strangeness have concentrated on bizarre and elusive individuals who have slashed their way into folklore. This third instalment in the mini-series continues the thread except that the victims have been domestic cats!

1998 was a very grisly year throughout the city with regards to frequent mysterious moggie murders, by way of decapitation and tail removal. Forty cats had turned up in eight months from as far a field as Bexley and Sidcup towards Kent, and further into the heart of London at Camden, Tottenham and Hackney. Environmental officers from Bexley Council investigated one particular carcass that had been completely drained of blood and bereft of head. Strangely, most of the victims were found not far from their homes, often discovered in the back or front gardens.

On Halloween 1998, a pet cat with a severed head was found in a garden in Wimbledon. The horrifying discovery led some to believe that a satanic cult were on the prowl at night, whilst others claimed that the ‘M25 Monster’, a local big cat, possibly a lynx, had devoured the domestic variety.

At Stepney and New Barnet around the same time, other cats were found, but their heads remained absent, and on November 11th a psychologist was called in by police to create a profile of what the press had dubbed ‘the cat-ripper’, with The Independent reporting that the “... cat ripper may attack humans next”, causing a reasonable stir in the press and the local community. Ten rabbits were next on the hit list, but further south at Twickenham, towards the festive season, an Eileen Tattershall lost her cat Bonkers in grisly fashion. Even a £1,000 reward couldn’t flush the mystery attacker out.

As the sliced up moggies turned up, many cat owners would be spending their Christmas without their beloved pussies.