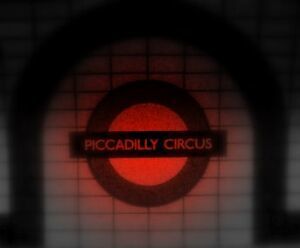 One hundred years before the fog-saturated reign of Jack The Ripper there was the London Monster of 1788 (see previous episode). Fifty years later came the bewildering spectacle of the iron-clawed Spring Heeled Jack (episode 11), another tormentor and slasher of females. Fast-forward almost thirty-years and gasp at the horror of the Phantom Skirt-Slasher Of Piccadilly, who for a terrifying reign of six-months prowled the London underground like some blade-wielding, elusive ghoul. Like some teasing menace, the phantom frequently haunted the escalators, cutting loose the fabric from women’s skirts to expose, unknown to the poor victims, their under garments, revealing their buttocks. The phantom-cutter, who would in 1977 become known as Jack The Snipper, would then flee into the depths of the underground, awaiting his next victim.

Although the skirt-ripper never wounded any of his victims, his perverted attacks bizarrely echoed those of Spring-Heeled Jack, as he revelled in exposing his victims underwear and genital area, and even the more vicious London Monster before him. In the summer of 1977 the spectre was finally caught, unlike many of his sadistic relatives, and turned out to be a twenty-three year old school career officer Graham Carter, who’d even kept a diary of his weird exploits.

The phantom, who had stalked the nightmares of many women during his time, was alleged to have attacked more than seventeen skirts and was ordered to pay £270 for his offences.

Whilst such attackers appear as bogeymen of folklore, they are in fact rather common – the Halifax Slasher, the Mad Gasser Of Mattoon (Illinois) and nasty flesh-rippers from China, Germany, the U.S.A. and France have all displayed similar traits in that they stalk females in dark alleys or stations and jab, hack, stab, puncture and prod clothing and flesh with all manner of sharp devices.

It is a strange world of what David Bowie termed scary monsters and super-creeps!