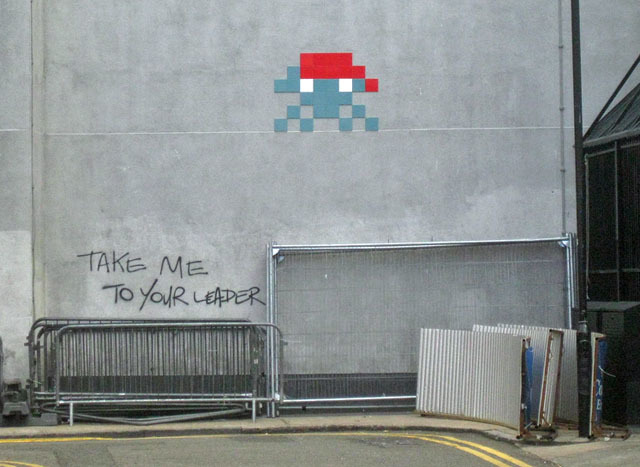 Looks like another wave of Space Invaders has been unleashed upon the capital. The pixelated wall-huggers have been regular visitors to London and other cities for over a decade. We even mapped them once, but the folks at Platial seem to have bowdlerized our data.

Since the last invasion, the alien artwork has grown more powerful. Compare this oversized example from New Oxford Street with the placemat-sized intruders of previous attacks.

The new arrivals coincide with the 'Low Fidelity' exhibition at Lazarides Rathbone gallery, which shows work by street artist Invader and runs until September 17.