Populist brings you a bite sized round up of the best of Londonist. Catch up on the coolest, quirkiest, most recommended and talked about stories and find out what's hot and what's happening for the week ahead. 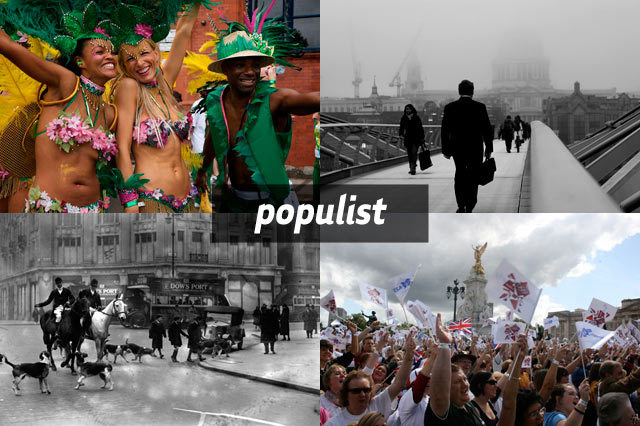 Do you take the most packed train in London?

Notting Hill Carnival said nuts to the credit crunch and partied hard. Metroland is shortly to be revisited, heritage style, courtesy of London Tranport Museum and magic and mystery are in order at Museum of London.

Images L-R clockwise: Carnival, Millennium Bridge, days of yore, 2012 handover party. You can keep track of our most popular posts by checking out Favourites or using the Populist tag.