How Do The Tories Plan To Solve London's Housing Problems?

By James Drury Last edited 87 months ago
James Drury How Do The Tories Plan To Solve London's Housing Problems? 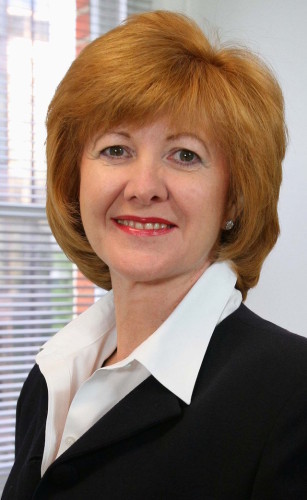 There's only ever been one seat Victoria Borwick wanted to stand for — that of the constituency she’s called home all her life. So when Sir Malcolm Rifkind said he would stand down as MP for Kensington following the cash for access scandal, a door opened up. It’s one of the safest seats in the country let alone in London, so let’s be honest, she’ll be walking right through it.

In many ways, Borwick could not be more different to the constituency's previous incumbent. Rifkind’s ministerial career put him front-and-centre, and made him very visible nationally, while also taking him away from his constituency on many occasions.

Borwick is a local councillor and — until her decision to stand as MP — was deputy mayor of London, where she really showed her mettle as Boris’s right hand woman. However, while the blond floppy haired one was galavanting around the world and getting stuck on high wires, Borwick was carrying out her work in the city itself, and with considerably less media fanfare.

Describing herself as a “seven-day-a-week councillor”, she’s very active in the local area, talking to constituents — and unlike Rifkind she doesn’t have a Scotland home to return to, because she lives in the area. And she’s determined to be more visible than the former chair of the Commons Intelligence and Security Committee.

“I’m already hoping if I’m elected to have ward forums and surgeries — I want to be available and approachable if I’m elected. I spent much of my time for Boris visiting people in the constituencies.”

She's previously described herself as an additional set of “eyes and ears” for Boris. So all this time talking to people and visiting initiatives must put her in a very strong position to understand what the real issues of importance are for the city’s voters.

“The biggest problem people have been telling me they face in London is housing. People are very much against the proposed mansion tax. They feel they bought a property out of taxable income, so why should they have to pay tax on something that’s been bought out of taxed income? People are extremely unhappy that they could be double penalised.

“The thing is, if it’s levied on properties worth over £2m this year, what if that doesn’t raise the amount of money the government wants? There’s nothing to stop them levying it on houses worth £1m in the future, and that will affect vast areas of London.”

There will be people reading this for whom the fears of a mansion tax are a million miles away — those people who can’t afford to buy in London and feel stuck in the private rental market with a large proportion of their disposable income going to pay off someone else’s mortgage.

It’s also not going to be of considerable concern to those who are worried about the redevelopment of Earl’s Court, and those living in social housing in the less affluent north of the constituency.


“The real problem is that squeezed middle,” acknowledges Borwick. “We have been working on the council to make sure that intermediate housing is available for those people — those who don’t qualify for housing benefit, and are out working hard. We cannot lose these people from Kensington. People such as teachers and junior doctors, why shouldn’t they be able to rent here?”

Part of the reason people can’t afford to rent in areas like Kensington is because of the ‘affordable’ homes farce, which we’ve covered extensively. Borwick voted in favour of Boris’s ‘up to 80% of market rate’ change to plans in 2013, even at the time local councils were against the move, saying it didn’t allow them to set rates according to their own housing situation. Will she admit now that it’s not working?

“It’s up to 80 per cent of the market rate,” she asserts, advocating that councils should be very active in setting rates as they see fit. It’s her strong belief in the power of local government to intervene when it comes to planning matters that seems to underpin her acceptance of the policy. She’s keen to see interventionist local authorities working to ensure developers build a mix of homes catering to all of an area’s requirements. She cites the announcement of the London Land Commission, which will list all public sector brownfield sites that can be used for housing as an example of how more building can be brought about.

There’s one major fly in the Tory 'build more houses' ointment. They’re planning to sell more social housing off through an extension of the right-to-buy scheme. With massive pressure already on housing waiting lists, reducing supply will be a disaster. Surely Borwick can’t be backing that policy?

Refreshingly, she’s candid about how this is an area in which she doesn’t see eye-to-eye with Conservative HQ.

“If you live in a housing association flat you’re thrilled. But I’ve had calls from people saying it’s scandalous because they’re worried they’ll never be able to get on the housing ladder.

“We don’t know the detail of the policy yet and what freedoms we will have. Kensington has a borough-wide exemption from the planning laws that say commercial premises can be turned into residential property without planning permission, so I’ve no idea whether there may be some flexibility like that when the details come through.

“The problem is, this isn’t somewhere you can find places to build replacements for the social housing which is sold, and that'll just push up prices even higher.” 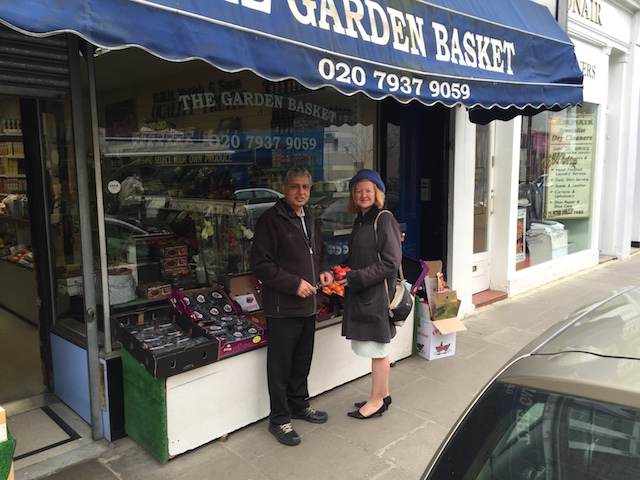 But it’s not just about building more houses, she says.

“We have to look at London as a whole, and to invest in infrastructure. Initiatives such as Crossrail and Crossrail 2 are important so Londoners have greater options as to where they can live. It’s important to make all of London accessible.”

Doesn’t that just increase the chance of the city centre being hollowed-out for those that can afford to live there? Why should people have to live further out because it’s cheaper, just because there’s a good transport network?

“When my parents moved to Kensington 100 years ago, people thought that was too far out," she retorts. "It’s all relative.  London has expanded, the population continues to grow and therefore it’s important we make sure more of it is attractive and accessible.

“There’s no point building housing without building infrastructure, high streets and shopping centres, to enable people to work and live and have fun wherever they live. That’s why the investment in the Olympic Park was excellent. It’s got a fantastic park and great facilities and we’ve seen it develop in five years instead of 15.”

She’s quick to point out that Kensington shouldn’t just be a place to live, but a place which welcomes businesses, clubs, restaurants, and is clearly proud that the council managed to get the exemption for turning commercial properties into residential use without permission.

With Kensington one of the least-affordable boroughs in London, isn’t she worried about this diversity being lost, as house prices push people further and further from central London, because they can’t afford to live there?

“That’s why I’m so against the mansion tax,” she says. “If people can’t afford to pay the mansion tax, they’ll move away and that means their homes will be bought by people who can afford the payments — often that’s the buy to leave people.”

Fear of the mansion tax is clearly a popular message in Kensington. And why shouldn’t Borwick voice the fears of many people in the constituency she will surely represent come Friday morning? She’s got all the hallmarks of a strong constituency MP — fully focussed on the priorities of the people who live there. She’s warm and friendly, and clearly besotted with Kensington, and helping the people that live there.

If elected, how will she balance being an MP with being a member of the GLA, and a Kensington councillor? It’s at least something she’ll have experience of already, as she currently juggles being on the Assembly and the borough council. There’s a lot of crossover because they're about representing the same people, so adding Westminster duties will be familiar ground. And unlike Rifkind, whose terms included heavy ministerial responsibilities, Borwick will not accept any non-constituency distractions.

Read more of our election coverage.