'Affordable Housing'? Get Ready For 80% Of Market Rent 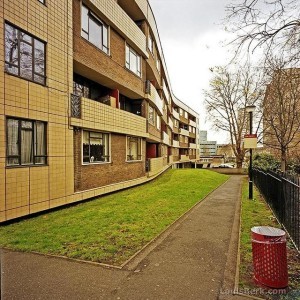 What counts as 'affordable housing' in London has taken something of a turn for the, er, interesting.

Boris Johnson has made changes to his London Plan, which means that any borough wanting City Hall money to build homes for 'affordable rent' must abide by London-wide rent caps of no more than 80% of market rate and maintain an average across the city of 65% of market rate. This has been criticised by the Planning Inspector and prompted an impassioned debate by councils of all political colours and some London Assembly members, because:

There was a fascinating debate at City Hall on Tuesday (you can watch the webcast of the Extraordinary Plenary on the GLA website). Labour moved to reject these proposals but failed to get a two-thirds majority as all Conservatives voted with the Mayor – even Victoria Borwick, who also sits on the highly sceptical Kensington and Chelsea council and personally voiced doubts about the scheme.

So now this is going to be reality, what does it actually involve? Let's first look at Affordable Rent. This is a new type of social housing model introduced by the coalition. In short, to make up for a cut in government grant money to build new homes, developers can charge more for these homes (up to 80% of market rate) if they use funds from central government.

'Ah yes but,' says Sir Eddie Lister, who was at the meeting instead of the Mayor, and his planning team. Councils can subsidise the rent by gifting the land to the developer (if they have land to gift) or tenants can make up a shortfall with housing benefit. So if we've got this right: developers have to charge a higher rent to make up for getting less taxpayer cash during the build, only for the taxpayer to have to subsidise those rents through housing benefit?

The criteria for rents to average out at 65% of market rate does give some flexibility for how councils set their rents. In a single development, each unit can be let out at different levels. Kit Malthouse (Conservative, Westminster) painted a picture of one scenario, of a block in Pimlico where some one-bedroom flats would be let at 80% of market rate to young professionals to subsidise lower-rent family housing in the same development. Sounds like an idyllic mixed community. Except that those young professionals would be counted in the affordable housing statistics, when if they're earning the £57,720 per annum needed to afford a one-bedroom flat in Westminster at 80% of market rate, they presumably aren't in need of social housing. And if these young professionals (who are somehow eligible for social housing and have been allocated a much sought-after 'affordable home') need housing benefit to top up their rent, then surely that proves the rent is too high. Some developments already use higher income earners to subsidise a percentage of affordable housing in the block; at least with these, only the genuinely affordable housing counts as affordable housing.

And this is the rub. Eddie Lister admits that the major reason behind the 80%/65% rule is to maximise the number of units that can get built, so the Mayor meets his targets. But what's the point of being able to say that 50,000 'affordable homes' have been built if not all of them are being lived in by people who genuinely do need affordable homes? We know that if the Mayor misses his targets, media gits like us would point and go 'ahhhhh'. Or something equally erudite. Well, here's our pledge, Boris. We would rather you built fewer homes, but made sure they were actually within reach of the people who need them. If you do that, we won't run a bitchy piece if you miss your target.

The concern here is that it's just one more pressure forcing people on low incomes out of inner London and out to boroughs that are cheaper. This was put to Eddie Lister, and he acknowledged that if someone can't afford the 'affordable rent' then housing benefit can help, but that should only be a "temporary measure", he says. If you can't afford the 'affordable rent' where you're living, he suggested, you should move. We've already established that's not necessarily a very good idea, and yet this policy could encourage it.

Photo by Louis Berk from the Londonist Flickr pool.