Books About London: May Roundup

By M@ Last edited 80 months ago
M@ Books About London: May Roundup

Our monthly guide to new book releases about the capital. We suggest buying direct from the publisher or from one of London's many wonderful independent book shops.

In 2008, Stephen Walter created a work of art that will still be revered 100 years from now. The Island is a hand-drawn map of Greater London, depicted as though the capital were surrounded by the sea. The interior of the island is densely packed with Stephen's experiences, opinions and wordplay — an endlessly fascinating exploration of familiar and unfamiliar terrain. 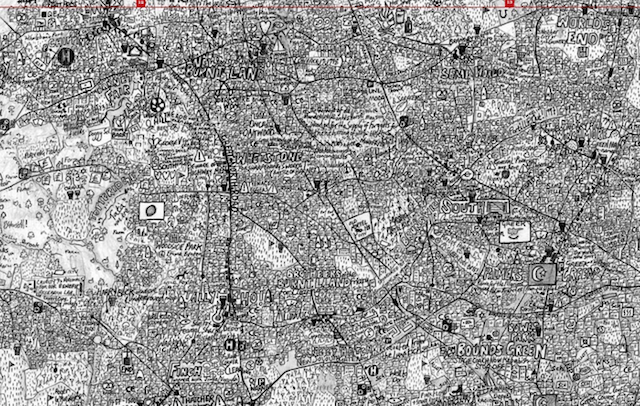 The full art work, and its prints, would fill a wall. Map fans without such real estate can now rejoice in the release of the complete Island in the form of a hardback atlas. As well as the full map, each of the 32 boroughs gets its own standalone section. If you're in the position of hosting a tedious set of guests, stick this on the coffee table and your evening's conversation is assured.

Out now from Prestel. 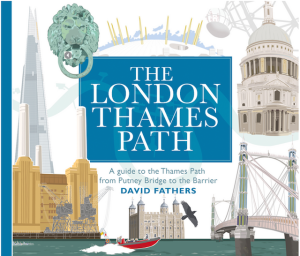 David Fathers has a beautiful way with words and pictures. As both illustrator and writer he previously charmed our socks off with his guide to the Regent's Canal and a poster of Thames trivia. His latest release returns to the big river, chronicling the Thames Path from Putney Bridge to the Barrier. You can get plenty out of this book from an armchair reading, but we'd recommend taking it out for a stroll along the banks of the Thames. While much of the story concerns familiar central London locations, it also strays into regions less explored, such as Millwall and Bugsby's Reach (where you'll find no lesser wonder than the largest dredged-aggregate terminal in Europe). We now look forward to his next fluvial project: a guide to London's hidden rivers.

Out now from Frances Lincoln. 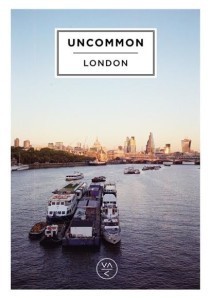 There are at least 8million different Londons. Every inhabitant has a unique internal appreciation of the city. This book presents 33 of them.

Uncommon London is an anthology of non-fiction writing and photography whose authors focus  on personally important aspects of the city's culture. Such books often get mired in solipsistic tedium, but editor Michael Fordham has done a commendable job of assembling a winning line-up of fresh, eloquent writers. The book is at its best when discussing communities and cultures far removed from the reader's own circles — in our case, London's Persian links, and fashionable Mayfair. You'll learn a lot. It's a good book to tumble into while sitting in a park; to nudge a reverie on what London means to the reader; and to think again about those around us, and what uncommon stories they could tell.

Out now from Uncommon Ltd. 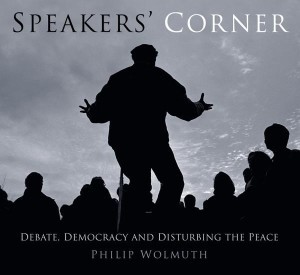 Bystander: "What party do you support then?"
Speaker: "Me? I don't have to support a political party. I'm a speaker at Speakers' Corner."

Philip Wolmuth is a regular visitor to Speaker's Corner, that curious enclave of preachers, conspiracy theorists, anarchists, radicals and other opinion-peddlers to the north-east of Hyde Park. He doesn't just go to listen or heckle, but to record and photograph. This book presents some of the more interesting subjects, from the late 70s to the current day. Intense black and white photos are paired with snippets of tirade from the speakers. Meet the man who believes the authorities are storing 'radioactive noise' in Tottenham Court Road station, or the 9/11 truther who warns us about technologies that can turn 110-storey buildings to dust. The author offers no judgment or criticism, but lets those quoted speak for themselves. The overall sense, however, is a respect for the eloquence of these step-ladder polemicists, and the freedom of speech they so thunderingly assert.

Out now from The History Press. 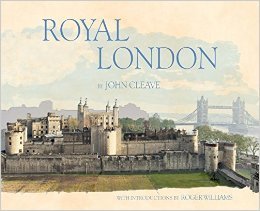 It's a topic mostly beloved of visitors to the country, but Royal London still exerts a certain pull over many of the city's inhabitants. After all, the blue of blood are responsible for so much of the architecture and layout of the capital. There's the obvious, such as the Tower and Hampton Court, but also monarch-initiated developments like Regent Street and Regent's Park. This picture-led book innumerates the regal precincts of London, but also stretches much further. Learn about the ancient role of Kingston in sovereignty, and other courtly connections in Hatfield, Hever and, of course, Windsor. The book is amiably illustrated throughout using a technique whereby photos are digitally joggled to resemble watercolours. It works well. Words are by veteran London writer Roger Williams, and match the mood like Richard Dimbleby to a Coronation.

Out now from EDM Books.

Next month: the return of two London legends, as Iain Sinclair walks the London Overground, and Michael Moorcock's first novel for a decade.