Book Review: The Regent's Canal And Round London In A Small Boat

By M@ Last edited 115 months ago
M@ Book Review: The Regent's Canal And Round London In A Small Boat 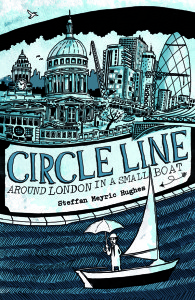 Circle Line: Around London In A Small Boat by Steffan Meyric Hughes

Unless you're an Olympic hero, it's hard to make your mark in the sailing world these days. Most of the round-the-world firsts have been claimed. Short of becoming the first person to paddle round the planet on a plank, blindfolded, there's not much you can do to distinguish yourself from the growing number of circumnavigators.

Steffan Meyric Hughes, though, has found a unique challenge by setting his nautical compass much closer to home. His mission, as the book's title suggests, was to sail around London in a small boat, using the canals, rivers and mighty Thames (south London gets a minor look-in too, thanks to a diversion down the Wandle). When compared to the journeys of the great navigators, it's bathos in a bathtub, but his mini-adventure is all the better for its familiar, local setting.

It's ostensibly a tale of minor scrapes, buggered locks and awkward moorings. But this is not the London travelogue you might expect from the title. Clearly influenced by Three Men in a Boat, Steffan's journey is frequently pushed into the background to make room for hardier tales from maritime history, as well as the author's personal reminiscences from previous boat trips. Paddington to Victoria Park goes by in a few paragraphs, with ne'er a mention of Little Venice or Maida Vale. Instead, the unusual mission is used as a background device for telling tales and sharing an enthusiasm for life on the water.

It's mostly a walm and pleasant read, of boating bonhomie and the slower pace of life upon the water, but not always so. Frequent paddles into darker territory (such as the fate of the Marchioness, and the launch of the Albion) make for a varied read. Yet even the most ardent of landlubbers will be charmed by this alternative way of life and method of exploring London.

Circle Line: Around London In A Small Boat by Steffan Meyric Hughes is out now from Summersdale. Buy here. 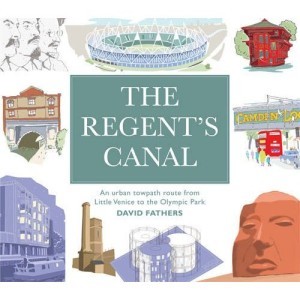 The Regent's Canal by David Fathers

While the previous book drifts in countless directions, David Fathers' new book stick firmly to route. The Regent's Canal is a straightforward guide to that waterway from Little Venice to Limehouse, along with the associated cuttings through to the Olympic Park.

Fathers is an illustrator as well as author, and fills his book with colourful depictions of the waterway and its attendant landmarks. It would make an attractive and informative guide for any walker or boater travelling along the canal. You'll learn why some of the paving slabs are deliberately bouyant, find out which company is based in The Ugly Brown Building (its semi-official name) near St Pancras, and see the former homes of characters as diverse as Joe Orton, Jerome K Jerome and the chap who played Captain Mainwaring in Dad's Army.

The Regent's Canal by David Fathers is out now from Frances Lincoln. Buy here.