Alright, we all know that London house prices are ridiculous. But in order to forget the hideous spiral of debt and misery it causes many of us (buy-to-let landlords in Kensington can look away now), we've been amusing ourselves by seeing what else we could buy for the price of this one bedroom flat in Penge, currently on the market for £250,000. Why Penge? It was that or Cockfosters.

On days when you've been getting uncomfortably intimate with your fellow public transport passengers, an island all to yourself would seem like a relief. If you're pondering a flat in Penge, then maybe Captain Willy's Caye off the coast of Belize would take your fancy. For £226k you get a thatched building to live in on an island of two acres, two miles from the Barrier Reef and 8.5 miles from Belize City. Which is about two miles less than the 176 bus route from Penge to Tottenham Court Road. If you really want to be on your own, Secret Island in Belize might appeal, but you'd have to build your own house first. 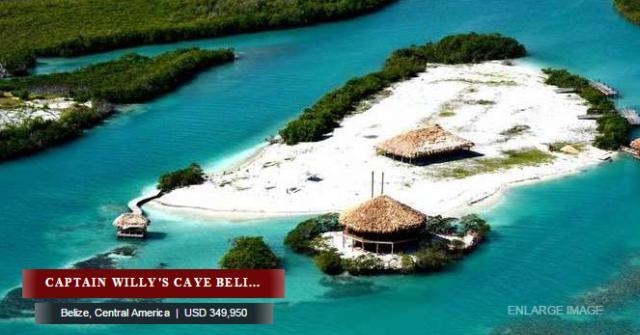 If you're a fussy sort and prefer things like reliable electricity and sanitation, Phoebe Island in Maine is located on Sebec Lake. Yours for £225k, and you even get your own cottage. A house and an island, for less than a one bedroom flat in Penge. Stop crying.

A Victorian diamond riviere necklace sold at auction for nearly £250,000 back in December 2013. If you feel like doing the same, Sotheby's in New York has a platinum and diamond necklace up for auction on 5 February with an estimate of £160,000-£228,000. Alternatively you could walk into Cartier and buy something from its Panthère collection — we're not sure exactly what, because apparently listing the prices of items that cost over £190,000 is simply vulgar, darling. Maybe this one. Although quite why anyone would want to wear a jewel encrusted panther round their neck is beyond us. 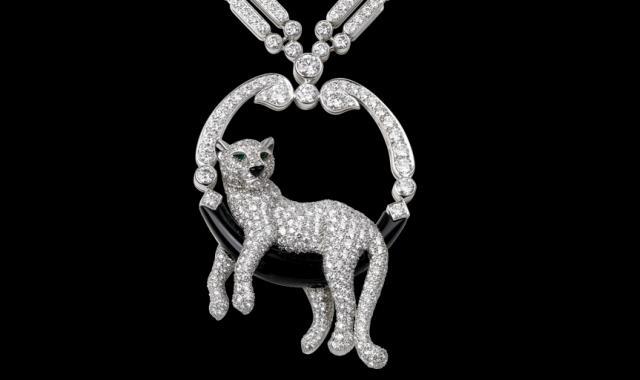 Perhaps you remember the story of a trader who spent £125,000 on a Midas sized (30l) bottle of Armand de Brignac champagne in a bar a few years back? Turns out that's a hell of a markup, because you can buy it — the biggest bottle of champagne available, weighing 45kg — for a mere £40k online. We suggest spending the remaining £85,000 on hiring a venue. And corkage, probably.

Looking for ways to spend the remaining half of your Penge-flat equivalent, Fine+Rare wines has 12 bottles of 1917 Le Puy Emilien available for £137,801. If you wanted to spend the whole £250k on whisky you could get five bottles of Springbank 1919 single malt whisky. The Whisky Exchange even has a London shop at Vinopolis, but you'd probably have to call ahead and order it in.

It's far harder to splash cash on food. Two London-based websites will sell you golden Almas caviar for between £3,765 and £4,125 (London Fine Foods Group will let you collect from its Battersea base), so you'd have to buy at least 15kg to get a Penge flat's worth. We feel a little queasy at the idea.

Even the world famous new year tuna auction at Tokyo's Tsukiji market isn't commanding the prices it used to — perhaps just as well, considering the endangered nature of bluefin tuna. Two years ago Kiyoshi Kimura paid 155.4m yen (£1m) for a 222kg fish; at this year's January auction Kimura paid 4.51m yen (£24,500) for a 180kg fish. We know the yen has tanked recently, but that's no use for our hypothetical spending purposes.

It's de rigueur for these types of article to look elsewhere in the UK and point with sinking heart and slackened jaw at what we could buy if we weren't so wedded to this damn city. Who are we to buck that trend? For the price of our one bedroom flat in Penge there's this four bedroom detached house in the suburbs of Blackburn, a few miles from the edge of the Forest of Bowland:


Over in Cornwall there's a nine bedroom house going to auction with a guide price of £250k-£275k. Clearly needs a bit of working doing, but nine bedrooms? Come on. Or perhaps this gorgeous cottage on the Isle of Mull:

London's auction houses are holding a number of art sales in the next couple of months, but there's very little for that 'mid range, Penge flat price' buyer. If you're lucky you could own 1/16th of a Magritte, or 1/36th of a Matisse, at Sotheby's. Alternatively, you should be able to buy both Millais's Portrait of Lucy Stern and John Atkinson Grimshaw's Yew Court, Scalby by Twilight from Bonhams and still have enough left over for a celebratory sandwich.


This is getting silly now

Got a lot of storage space or time to kill? Then splash out on these: