Our annual gaze into the crystal ball. Feel free to leave your own predictions in the comments.

Time Out declares Tottenham the new Bethnal Green, which was the new Peckham after Dalston stopped being the new Shoreditch. New Cross is the new King's Cross, while Aldgate is accusing Aldersgate of plagiarism. Croydon is still Croydon, and nobody cares. In other news: Penge.

Gordon Ramsay comes to the aid of the Garden Bridge project, donating £10 million of his own money to ensure it gets built. The celebrity chef has two conditions. (1) It has to be renamed the Gordon Bridge. (2) Every pier must bear the likeness of his craggy little face. The scheme is eventually dropped as a hazard to shipping. 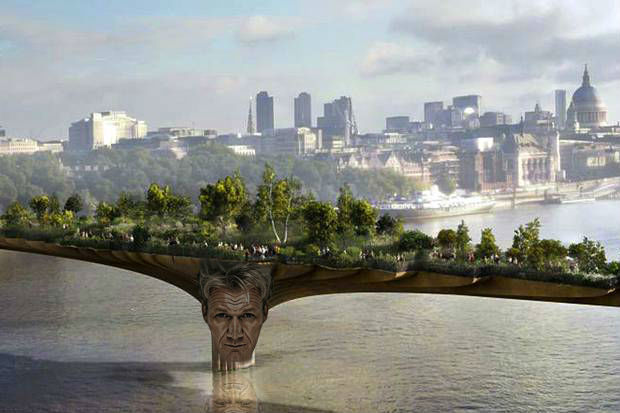 Work on the much-delayed Pinnacle skyscraper finally resumes, after its owners unveil radically reworked designs. The new-look tower is quickly dubbed "The Middle Finger", and becomes a potent symbol of the banking sector. 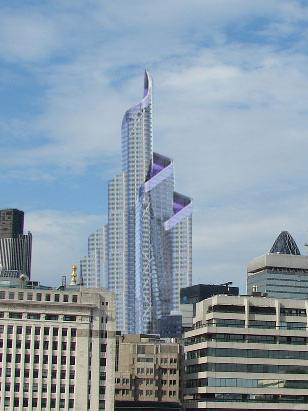 Thameslink removes some of the mystery and adventure from its evening train service by positioning platform lights over station names. Passengers next to windows no longer need to consult their own GPS devices to find out where the fuck they are. The company is now exploring systems that would allow next-station names to be audibly announced, half a century after other operators discovered the technology. This will be rolled out on 50% of trains by August (the other 50% are cancelled).

It's the General Election. In a shock result, Boris Johnson fails to win the Uxbridge and South Ruislip seat and cannot return to Westminster. Instead, he makes use of his dual citizenship by putting in a late candidacy for the US Presidential elections, representing the Wiff Waff Party. Mayoral duties forgotten, he embarks on a six-month tour of the States, falling into ponds, getting trapped in elevators and generally endearing himself on the unsuspecting American electorate with his British buffoonery.

The new retail park above Canary Wharf Crossrail station opens to the public. Taking time out from his Presidential campaign, Mayor Boris Johnson likens the centre to "a giant arboreal basking shark, packed to the gunwales with exciting purveyances". 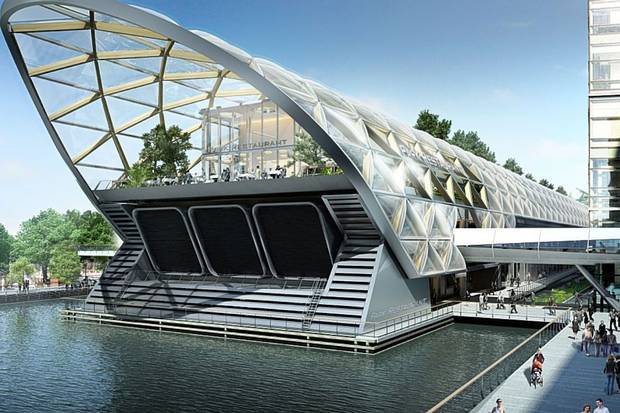 After the success of the Cat Cafe, the Rat Cafe and the Cereal Cafe, the craze for gimmick-laden eateries reaches peak silliness with the opening of the Cafe Cafe. This post-postmodern memefeast serves up little sponge-and-icing facsimiles of all the other novelty cafes. Meanwhile the While-U-Wait Cafe sets up its first branch in Spitalfields. All food and drink is served during the queue to get inside. Once you finally gain entry, all that remains is to pay the bill and pretend you enjoyed the wretched venture.

In Spitalfields, signs that Banksy is losing his satirical edge. 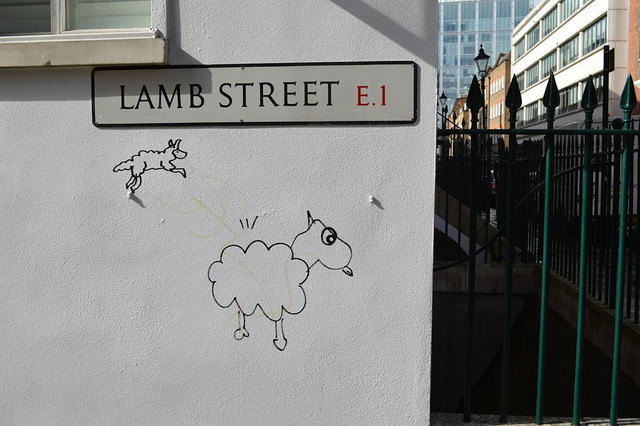 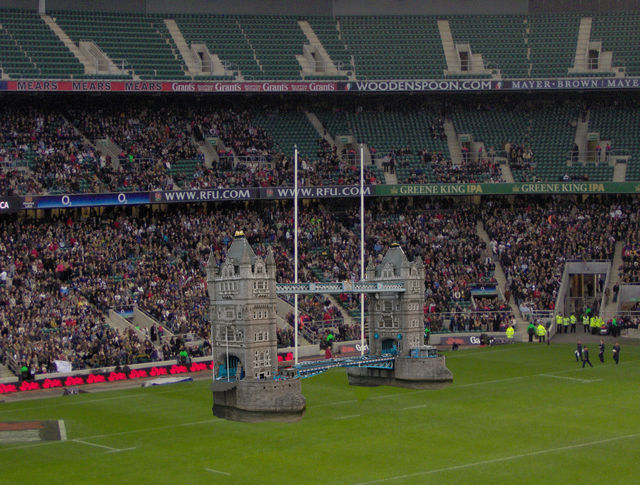 London wins every single spot at the World'd 50 Best Bar Awards. Most venues are in Penge. The "Best Bar in the World" title is bagged by Stone Penge, a Neolithic-themed Martini shack combining druids and fluids.

Accusations of cost-cutting still bedevil TfL's project to improve step-free access to stations. Campaign groups dub the installation of slidepoles as a "shameless and shoddy alternative to proper working lifts". 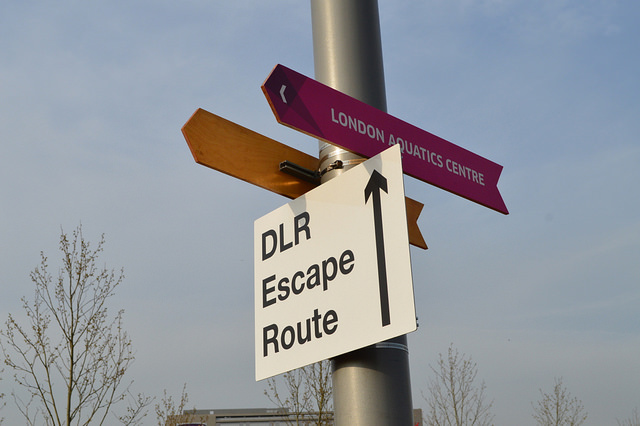 Struggling to find a suitable Mayoral candidate for the upcoming elections, the Conservative Party approaches Father Christmas. Mr Claus already has a strong public profile, and offers some novel aerial solutions to London's transport problems. His proven track record of working on just one evening each year will also provide a sense of continuity with the current incumbent.