The Best Five London Books Of 2014

More books about London get published each year than any human mind could possibly appraise or innumerate. Yet we try. In 2014, we diligently read and reviewed 60 books, both fiction and non-fiction, all with a London setting. Here, then, is our personal pick of the top five (non-fiction) titles of 2014, in reverse order.

The author is one of the world's most noted 'place hackers' — people with an insatiable urge to explore the parts of the city that most would consider off-limits. That means sewers, cable tunnels, building sites and bunkers. Here we see this world in all its glory, for these urban adventurers not only reach some unbelievable locations, they also bring along the best photographic equipment and lighting to capture the moment. There's no shortage of books describing subterranean London, but this book — a visual treat — gets us closer than any to the dank, dark stygian realm. 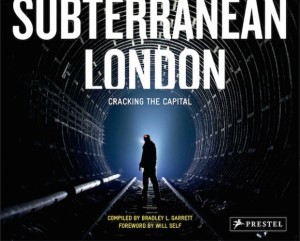 Another doorstop of a book, Omnibus charts the history of the London bus. From its horse-drawn origins in the early Victorian era to the sleek new Routemasters, there's plenty of ground to cover. Ombibus does it with bells on, through a superabundance of period photographs and illustrations. The focus is very much on the social history, but there's also plenty of technical stuff for those who are more interested in the vehicles themselves.

The accomplished London historian turns his gaze to the First World War. The book charts the effects on everyday life in the city, as pieced together from numerous diary entries and other sources. Despite the title, there's relatively little about the terrifying airship attacks that remain a potent symbol of the city during the conflict. As ever with Jerry White, the broader themes are peppered with wonderful, throwaway trivia, while the main thrust is both meticulously researched and highly readable.

2. The Information Capital, by James Cheshire and Oliver Uberti

You probably saw this one all over the news. James and Oliver are master-conjurers of London's data. They take information from the census, social media, private companies and anywhere else they can, then refract it into stunning visuals. One page might show you a map of the football affiliations of Twitter users, the next presents the arcing flightpaths into London's airports. It's that rare thing: a beautiful coffee-table book that also boasts deep and compelling content. We should declare the (non-financial) interest that Londonist contributed data for two of the maps. 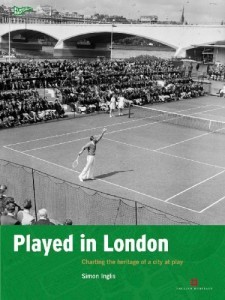 1. Played In London, by Simon Inglis

Choosing the year's champion of champions was easy. This magnificent tome will stand as the masterwork authority on the capital's sporting heritage for many decades to come. We picked it up with only a passing interest in sport. We put it down, 240,000 words later, with a newfound appreciation for the stadia, pitches and sporting traditions of the capital.

The author made around 1,000 site visits in researching his magnum opus, sourcing almost 1,000 photos. It's not only a publishing achievement of the highest order, but also an immensely good read. Weighing a kilo and a half, it's more a stocking stretcher than filler, but would make a supreme Christmas gift for any sport fanatic in your circle.

Narrowly missing out is Lee Jackson's Dirty Old London, a tour of the Victorian city's relationship to dust, dung and dead bodies. We also enjoyed Mount London, an anthology of entertaining essays about the capital's hilliest parts. Having contributed a chapter, however, we're too close to the project to give it a ranking.

Looking for more London book ideas? See all our reviews.