The Best Non-Fiction Books About London To Read In January

Our monthly roundup of new books about London. We recommend visiting your local independent bookshop. 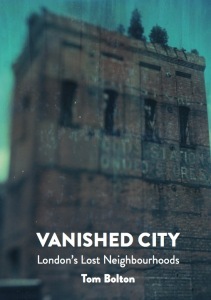 Cripplegate, Horseleydown, Hatcham, Agar Town... all would have once been familiar place names to Londoners. All have now vanished. Cripplegate was bombed to nothing in World War Two, and is now the Barbican Estate. Horsleydown is an ancient name for the regions of Bermondsey close to London Bridge. Hatcham = New Cross. And Agar Town was demolished to make way for King's Cross warehouses.

These effaced neighbourhoods are recounted in a new book by Londonist's very own Tom Bolton. Tom has a rare ability to convert meticulous research into a commentary both entertaining and enlightening. But why should you care about the history of places you've never heard of? Because, in most cases, the vanished neighbourhoods are situated in areas you do know. The names have changed, the buildings have changed, but remnants of the past remain. (Literally in the case of Remnant Street, which survived the expunging of Clare Market during the construction of Kingsway.) Tom guides us around ten areas that have vanished from the map but which still resonate today through street names and folk memory.

The book makes a fine companion for the author's previous book on London's Lost Rivers, using the same photographer, SF Said, to give the volume a distinctive, preternatural look. 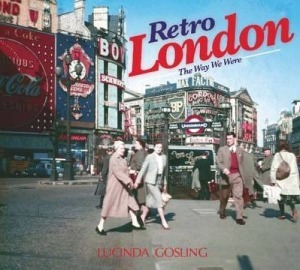 Retro London: The Way We Were, by Lucinda Gosling

Big picture books of London come along with some frequency, but there's still plenty of charm to be found in this new collection. The 500+ photographs and illustrations are drawn from the Mary Evans Picture Library, a commercial resource that has been collecting historical imagery since the 1960s.

The present volume contains many photos you won't have seen before, capturing London between the turn of the 20th century and the 1970s. Much has changed and much remains. A cobbled Drury Lane is almost unrecognisable, yet the Cheshire Cheese pub hasn't altered a scratch since 1935 — the only difference is the lack of George VI and Elizabeth II on the 1930's list of monarchs. Meanwhile, the photos of wartime London are unsurpassed in similar volumes, from royalty among the rubble to a Zeppelin in the spotlights. The odd error and urban myth creep into the text but these don't detract from the best photographic book of London for some time.

You might just have noticed that we're 100 years on from the First World War. Publishers are onto the anniversary in a big way, with plenty of new histories on the shelves. This volume from The History Press looks specifically at London's experience during the conflict. Life on the home front was full of challenges, from acquiring the daily bread to dodging shrapnel from the defensive guns. Hallifax gives a well-organised primer on the subject, covering the call to arms, attitudes towards German residents and conscription dodgers, wartime labour, air raids and victory parades. It's a slimmer treatment than Jerry White's recent book Zeppelin Nights, but might be just the thing if you're after a short introduction, and a lavishly illustrated one at that. 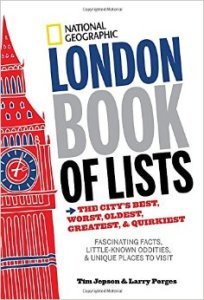 London Book of Lists, by Tim Jepson and Larry Porges

One of those books where the title pretty much explains it all. Lists. Dozens of them. Like a dead-tree version of Buzzfeed, but all about the capital. It's one to dip in and out of. Here's our own list: 'Five things we learnt by opening the book at a random page'.

1) The blue tit is apparently London's most common bird.
2) The only home that all four Beatles shared was on Green Street Mayfair.
3) Westminster Abbey was once a repository for all kinds of dubious relics, including a vial of Christ's blood, a tooth from one of the Magi and the girdle of the Virgin Mary.
4) The statue of Cromwell outside the Houses of Parliament has upside-down spurs.
5) 215 police officers were dismissed in 1863 for drunkeness.

The market for London trivia books is now as crowded as Victoria station during rush hour, but this National Geographic publication manages to dig up plenty of surprises, and the list format makes for a fun read.

Looking for further books about London? See other recent reviews.