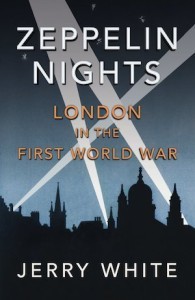 The phrase 'London at war' most readily conjures up images of the devastating Blitz of WWII. Yet the changes wrought on the capital during the First World War were also immense. Jerry White works his usual professorial magic in this book, marshalling every nugget and reference he can get his fingers on, shaping them into a dense-but-vital narrative. Most illuminating of all are the many personal diaries he quotes. Here we read first-hand accounts of bread queues, maimed soldiers piling into Charing Cross, the rise of a female workforce, the trials of London's German population, the Silvertown explosion, and the widespread exuberance upon the war's conclusion. The Zeppelin attacks themselves occupy only a small part of the book, which offers a rounded picture of civilian life between 1914 and 1918. As ever with Jerry White, the broader themes are peppered with wonderful, throwaway trivia. For example, one of the war's unsung casualties was the traditional muffin man, whose like had plied the streets of London for centuries. Flour rationing put paid to his trade. This is a barnstorming account that locks away the Generals and politicians, and lets Londoners do the talking. 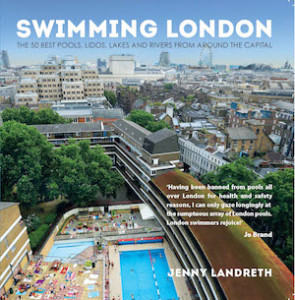 Kudos to Jenny Landreth for being the first person in the world, ever, anywhere to write about swimming pools without deploying a 'making a splash' pun. Nor even an 'in at the deep end' gag. That's professionalism, that is. The book impresses in many other ways, too. Publications of this ilk are usually content to trade on the '50 best XYZ in London' hook without paying much heed to research or write-up. The author has clearly put in a few lengths in her time, contributing regular swimming articles to the Guardian. Her passion for the plunge is infectious, but not in a nasty 'forgotten my verruca sock' way. She shares with us a half-century of great London swims, including lidos, community pools, lakes, hotels and even the Thames itself. Find out where the Queen learned to swim, and which venues let you swig booze by the poolside. If you've been vowing to dig out your cozzie or trunks for some time, you'll find no better inspiration than this. Dive in!

No publisher page for some reason, so here's a Waterstones link. 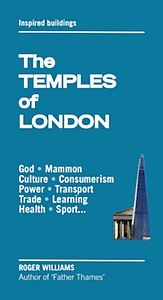 The Temples of London, by Roger Williams

What is a temple? Is it simply a place of religious worship? Roger Williams sees them everywhere, from temples of learning to temples of finance (the word 'Mammon' crops up with regularity). This curiously understated book is effectively an exploration of London's most important buildings, and how Londoners interact with them.

Everything from stations to skyscrapers gets a look-in and, too, the many great religious buildings of the city. As with Williams' previous book, Father Thames, the writing is lucid and lovely. Most pages cover well-trodden ground, but the phrasings, insights and little-known stories keep the pace moving. A good book for those who enjoy the more human dimensions of London's architecture.

Buy from Museum of London shop. 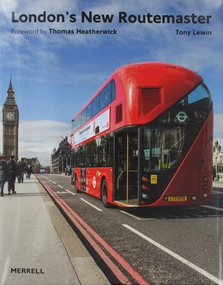 The New Routemaster (or New Bus For London, or Boris Bus) has a pleasing grace and style for something that weighs the same as six stout hippos. Yet detractors are numerous, partly thanks to the vehicle's politically charged genesis in a manifesto pledge of Boris Johnson. While this book mentions the controversies and inflated costs of the project, it doesn't dwell on them, instead focusing on the design, efficiency and roll-out of the new bus, with a short historical section to set the context. There are many treats inside. Some of the unsuccessful entrants in the New Bus For London competition are marvellous, others clearly come from the CAD package of a total stoner (top-deck swimming pools, anyone?). Certain flavours of enthusiast will geek all over the pages at the many illustrations of sleek, rain-moistened omnibuses coyly refracting the Piccadilly lights. Yeah, they cost too much, and were borne of Mayoral egotism but we suspect — a couple of decades from now, when the politics have been forgotten — that these crimson lozenges will be held in high affection as a true icon of London. 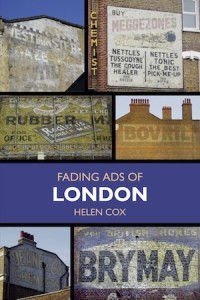 It's surprising to find that no one's yet put together a book on London's ghost signs — those fading, painted advertisements from the pre-billboard era that beautify our buildings. Several websites celebrate and catalogue these remnants, and you can even go on ghost sign tours. Helen Cox lets her camera do most of the talking in this attractive book of the best, but she also adds some historical context to the companies who got decades-long value for money out of these lingering ads. It's not all custard powder from the 30s, though. Some recently defunct signs, such as the roundel of the London Docklands Development Corporation, show that the phenomenon is not entirely the preserve of a bygone age.

Also out now, Mount London, short essays on London's hills and skyscrapers. This book will be reviewed in a roundup of anthologies we're planning for later this month.